Recently I wrote in this space about how humans are born into this world unfinished, requiring a long childhood to learn the norms and practices of their particular community. For the community to thrive, what we pass on to our children must change in step with societal changes.

This unparalleled ability to change, as psychologist Alison Gopnik tells us, “is the most distinctive and unchanging thing about us, allowing us to thrive no matter what challenging circumstances we had to face over our long evolutionary history.”1

But societal change isn’t driven by our grizzled elders but by our children. As sociologists like Tressie Cottom tell us: “Almost all real change that happens is when a new generation comes along.⁠”2 They are the ones able to think outside the box of what is.

We see that happening today with young people who are celebrating diversity by embracing previously marginalized folks and expressing their openness to discussing unsavory aspects of our national past in order to find a better way forward.

On the other hand, Republicans in our legislature are, on average, old in body and spirit, clinging to the past and resisting change. They remind me of Archie Bunker, the star of that seminal TV sitcom “All In The Family,” which ran in the 1970s. Archie attempts to indoctrinate his family into his old-school, patriarchal worldview, but his daughter and her boyfriend are having no part of it. Neither are the young today.

This brings me to House Bill 544, which would prohibit educators from teaching about systemic racism and sexism in public schools. It seeks to limit public schools from discussing topics related to racism and sexism; in particular, it would ban teaching whether we are racist or sexist, either as a state or a country. As the sponsor, Rep. Keith Ammon, who introduced the bill, explained, “If that’s the assumption we are going to make as a society, then we are never going to get to unity.”⁠3 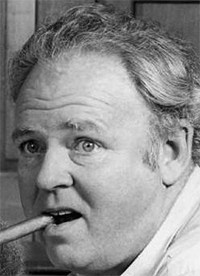 That sounds to me like something Archie Bunker would say to his family: If you would just shut up and do things my way, we would have unity. Luckily, his children tuned him out and opted instead for diversity: standing up for feminism, civil rights, and against an unjust war in Vietnam. Needless to say, they prevailed. That’s a good illustration of how change was brought about by the young during those turbulent times.

In fact, as Michelle Goldberg writes in the New York Times, “Many of the intellectual currents that would become critical race theory emerged in the 1970s out of disappointment with the incomplete work of the civil rights movement.” Understanding that racism is structural rather than just a matter of personal bigotry was ahead of its time back then but is now conventional wisdom, except for flame-throwers on the right.⁠4

Our children are our designated drivers of change, especially crucial resources today as we face unprecedented upheavals in society, technology, and the environment. For the next generation to safely steer us toward a livable and just future, they must be well versed in critical thinking and relational skills, not indoctrinated into the dysfunctional gruel of the present. The stakes are high if we want to escape the fate of the dodo bird.