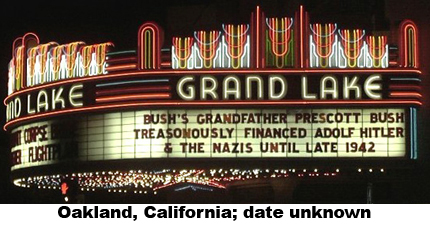 In the fall of 2003, The New Hampshire Gazette published a pair of stories about the long-rumored links between the Bush family and the Nazis. Due to their popularity, we have made them available here.

20 thoughts on “The Bush/Nazi Stories”