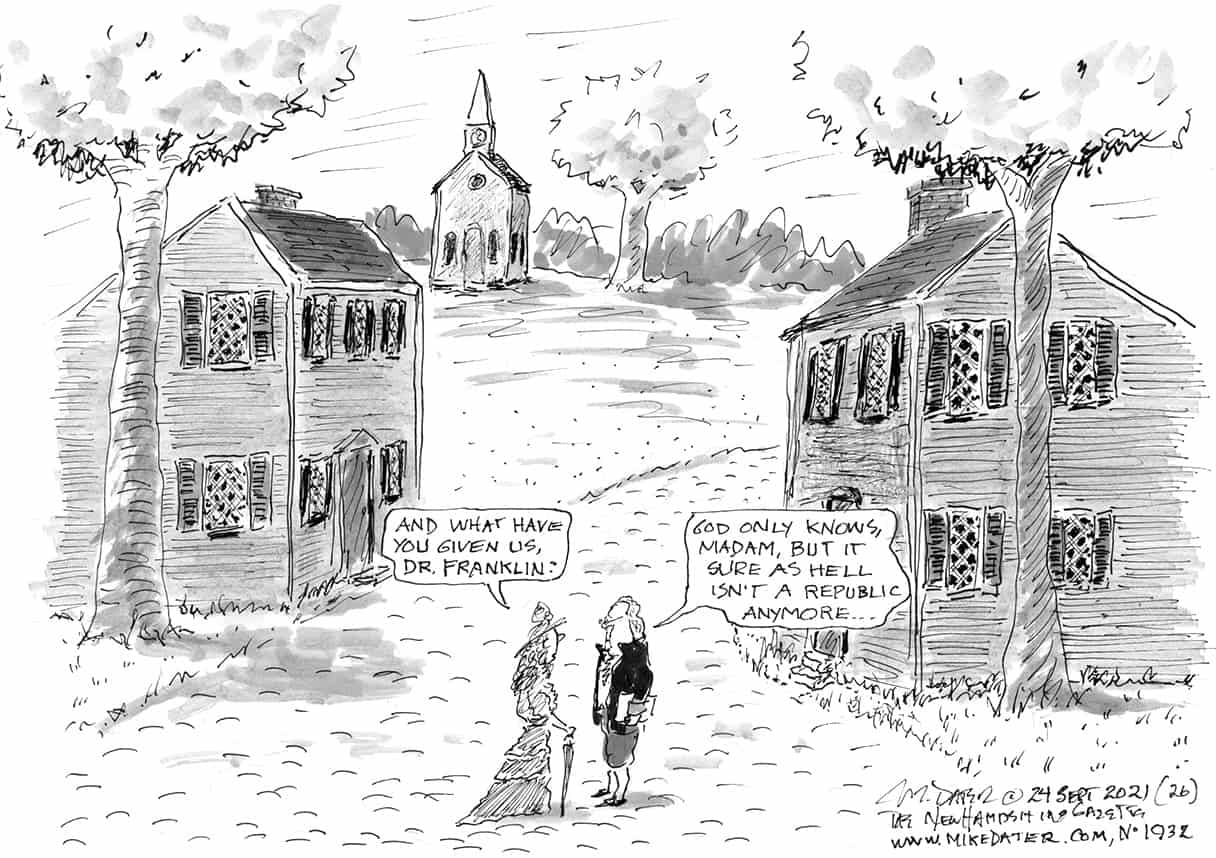 E Pluribus Unum? As if….

Clearly, in this day and age, our national motto meaning “Out of Many, One” is no longer operative. So, it’s time for a new one.

We could go on at great length here, supplying one example after another to support this thesis, but why sift through the mountains of evidence just to insult our readers’ intelligence? Res ipsa loquitur.*

Our proposal: “The Beatings Will Continue Until Morale Improves.”

Sufficiently concise to serve as a motto, this phrase far more accurately reflects the rancorous state of the union nation today.

Also, thanks to the onerous working conditions imposed on the majority of our citizenry by the tiny minority which controls Wall Street, it’s a phrase which nearly everyone is already familiar with.

Of course, such a change—especially coming after a forty year period during which strategic dissembling has become a way of life amongst our governing class—injecting such a high dosage of honesty into our public discourse might make some of its pre-eminent practitioners uncomfortable.

So, in the spirit of comity and understanding, we offer an alternative proposal: let’s abolish the Senate.

This plan may be somewhat bolder than one normally encounters in an obscure newspaper that’s being given away for free. Nevertheless, as The Nation’s Oldest Newspaper,™ certain responsibilities are therefore incumbent upon us. Diagnosing public ills is perhaps preeminent among them.

In the performance of this duty, we have found the republic’s enemy: it is the United States Senate.

Together, North and South Dakota can muster only 1,665,761 inhabitants. Those two states, though, have four Senators: one for every 416,440 Dakotans.

The Founders™ would apparently have us believe that some citizens should have 47 times more political power than others, depending upon where they hang their hats. That hardly seems legit. What are the consequences of this peculiar arrangement?

To pick just one example, most Americans believe the government has a responsibility to provide health care for everyone: 63 percent, according to a 2020 poll by Pew Research. A Reuters poll taken in 2018 found that only 20.6 percent of Americans oppose Medicare For All.

Seems pretty clear. Do we have Medicare For All? No, we do not. Why not? Perhaps you should ask Mitch McConnell, the one-man Death Panel.

Last year The Baffler—highly recommended—published “Abolish the Senate,” by Thomas Geoghegan.† In it he wrote of the difference between “our modern sense of liberty, as an individual freedom from the state,” and “an earlier idea of liberty, an idea of freedom, which came partly from Machiavelli and writers like John Milton and others writing at the time of the English Civil War,” a view in which individual liberty “depended on the freedom of the state to act on behalf of the entire people.”

“[I]f the body politic is deprived of liberty,” Geoghegan wrote, “then none of us has any individual liberty. Rather, there is individualism without liberty. It is a fitting, Dante-like punishment for the United States that for the sin of hyper-individualism, we are currently [September, 2020] locked down in our homes without the liberty to move. It is a natural consequence of our thinking of liberty as being free of the state when the state in turn is not free to represent or protect us.”

Throughout history, the Senate has rarely sided with the people.

First there was the little matter of enslaved Blacks counting as 3/5ths of a human. Denied the vote themselves, their bondage gave added political power to their enslavers.

In the wake of the Civil War, “the world’s greatest deliberative body” was entirely in the pocket of free-spending railroads, a situation which he says “had the effect of locking in our current form of capitalism.”

The New Deal, Geoghegan wrote, “was limited to what horrifically racist senators from the South were willing to permit. [It] existed on the condition that many of its landmark laws would not apply in the South, usually by exempting agriculture. That’s how we lost organized labor in this country. The New Deal was based on a compromise with the Senate that the labor movement stay locked up in the North. Years later, the U.S. economy moved to the union-free South and West and we soon stopped having much of a labor movement at all.”

For its next trick, the Senate may wreck our credit rating.

Republicans play “chicken” with the national debt whenever a Democrat gets into the White House. Minority Leader—Minority Leader Mitch McConnell has voted to raise the debt ceiling—an arbitrary number set by Congress which has no other purpose than to serve as a marker in such games—32 times in his career, and three times during the so-called “presidency” of the former guy—in whose single, misbegotten term, the national debt rose by $8 trillion. Now McConnell is saying, “Not gonna happen.”

The climate promises chaos but the Senate can’t even play its own game without turning over the table.

Let’s act on a suggestion of Geoghegan’s: a convention of blue states proposing “a new constitution to be ratified by enough states to account for two thirds of our population. Then just put it in effect: let the Supreme Court howl. It’s how we put in the republic in the first place—not by unanimous vote as the Articles of Confederation required, but by throwing out the Articles altogether and daring anyone stop us.”

* Res ipsa loquitur means, literally, “the thing speaks for itself.”

† Thomas Geoghegan is a labor lawyer who has represented, among others, the United Mine Workers and Teamsters for a Democratic Union. Writing about him, blogger Kathy G. cited an epitaph allegedly found on the tomb of St. Ivo of Kremartin (1253-1303): Advocatus, et non latro, et mirando populo. Roughly translated it means, “A lawyer and not a thief, and therefore a wonder to the people.”