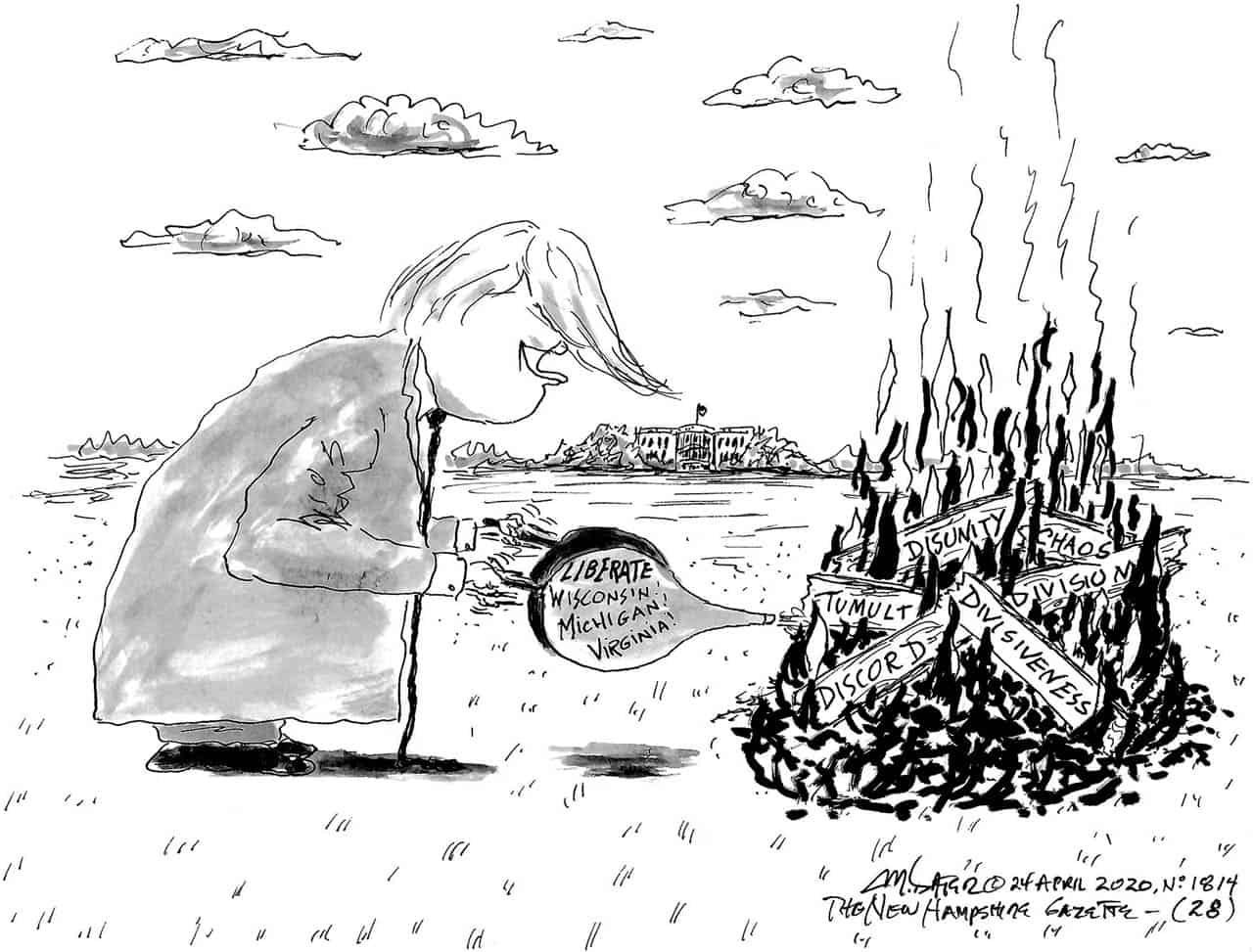 In times as terrible as these—the news cycle dominated by daily infomercials featuring a clearly addled mountebank praising his own homicidally ham-fisted response to a lethal pandemic; the global economy wheezing like a chain-smoker in the Tour de France; choruses of ignored scientists chanting a litany of pending but unaddressed environmental catastrophes; and, apparently, no baseball—we must keep our heads, and strive to accomplish whatever good we can. As one small step toward that end, we propose the abolition of the term “intelligent design.”

Intelligent design, as we all know, is a weasel-phrase engineered to insinuate religion into our public schools under an assumed name. In modern parlance, it’s an attempt to re-brand an old product. Far from attacking religion, though, abolishing this phrase would defend it.

This Presumed Designer of our ludicrous species—is he, she, or it benevolent? Cruel? Or simply insane? Judging from the available evidence, it’s some mixture of the latter two. Don’t bite the hand that created you, we say—admit you’re a monkey’s distant nephew, and put the blame on Darwin’s lemurs.

While we’re ladling unsavory ingredients into the communal punchbowl, we’ll note that there’s a disturbing parallel between so-called intelligent design and our alleged democracy. Winston Churchill—that homicidal half-American—called democracy “the worst form of government except for all those other forms that have been tried from time to time.” Considering the way ours is operating, one has to wonder if he shouldn’t have quit while he was ahead, i.e., at “government.”

Public consciousness, such as it is, has now been subjected to nearly five full years of increasingly incoherent and self-contradictory jabber with the lowest signal-to-noise ratio since the Tower of Babel fell. We have all seen the photo: the source of this chaos and confusion, staring with naked eyes at a solar eclipse. So, too, are we transfixed by him—the Black Hole of Meaninglessness. As with a black hole, the thing itself cannot be seen—only the havoc it wreaks.

To better see what’s actually in front of us, let us imagine something a little different, something to which we have not become blind by staring at it for too long: the President is a black woman, a socialist, exhorting her supporters to strap on their guns and assemble on the steps of state houses across the nation’s heartland, expressing their willingness to die in defiance of decrees issued by Republican governors.

This picture would be incomplete without the proper context: a ubiquitous propaganda channel, operating around the clock, claiming to be the sole source of unadulterated truth while condemning its competitors as dupes and liars. It reports Madame President’s every utterance, and backs her to the hilt.

For the sake of accuracy, we’d have to expand our vision even more. It would have to include a broad array of tax-exempt foundations, subsidizing generations of scholars steeped in the works of anarchists, socialists, and communists like Bakunin, Kropotkin and Trotsky. These intellectual shock troops would regularly release, as if from a bat cave, viral packets of language in endless succession. At the core of them all would be this essential message: ideologically speaking, capitalism and cancer are indistinguishable. Both Big Cs believe growth is everything; there is no future beyond the next quarterly report.

The finishing touch for our Bruegelesque hellscape would be the leaders of the Democratic National Committee, wearing Che berets, benevolently smiling over all that it had encouraged and promoted.

Our analogy is flawed, of course, because it is incomplete. It includes no representation of the investing class. Overwhelmingly favoring the GOP, it pursues its further fantastic enrichment at the risk of all our lives.

Scientists at the Becker Friedman Institute in Chicago—Ground Zero for pro-capitalism academics—published an academic study Sunday, titled, “Misinformation During a Pandemic.” They devised a way to compare the health outcomes for the audiences of two Fox News programs, one featuring Sean Hannity, the other Tucker Carlson.

“Carlson warned viewers about the threat posed by the coronavirus from early February, while Hannity originally dismissed the risks associated with the virus before gradually adjusting his position starting late February.” The study showed “greater viewership of ‘Hannity’ relative to ‘Tucker Carlson Tonight’ is strongly associated with a greater number of COVID-19 cases and deaths in the early stages of the pandemic.”

Then there’s the matter of the tangerine-colored man who’s not a doctor but acts like he is one on TV. “I hope they use [hydroxychloroquine] because…what do you have to lose?” Your life, apparently. “About 28 percent who were given hydroxychloroquine plus usual care died, versus 11 percent of those getting routine care alone,” according to an AP report about a recent Veterans Affairs study. Wednesday we learned that he fired the director of vaccine development—who has an actual PhD in immunology—because he refused to waste resources on a quack hydroxychloroquine cure. Yesterday, in the latest episode of his unrehearsed remake of “The Gong Show,” he was promoted a new cure: injecting people with disinfectant.

The atmosphere was already warming when this virus came along; the ice caps were already melting, the oceans were already acidifying, and species were going extinct at a rate not seen since the dinosaurs went bye bye. We might get a handle on the pandemic in a year or two, but meanwhile the house is on fire. If we Homos really are sapient, this would be the time to start showing it.

The good news is that in a poll last week, 81 percent of the public backed social distancing, even if it does continue to damage the economy. Only ten percent held the opposite view.

Forget our wisecracks earlier about the flaws of democracy. We’ll take that any day over the lunocracy that rules us now.