Somewhere in my house must still be the cartoon my mother clipped out of a popular magazine from about 1950 and tucked into my baby album. It depicts a man just coming home from work in the traditional grey business suit, wearing a fedora and carrying a briefcase. He stands in the open doorway of a kitchen that looks as though a tornado has just passed through. Cooking utensils clutter the counters and dishes fill the sink, while baby spoons and cups and rattles lie scattered about. In the middle of the room stands an empty highchair, the tray of which is smeared and dripping. A bowl has landed upside-down on the floor, and the walls are generously splattered with gobs the same color as the spillage from the bowl. At the kitchen table, with her elbows planted between mounds of other culinary refuse and her hair clenched in the fists on either side of her head, sits a woman who explains the vacant highchair. “I gave him away,” reads the caption.

I first found the cartoon when I was in about the fourth or fifth grade. When I asked my mother what it meant she answered only obliquely, giving me to understand that if there were any justice in the world I would someday figure it out for myself.

Right about now there may be a lot of parents who would not have to have cartoons about the chaos of child-rearing explained to them. I would expect that to be especially true among those parents whom public schools have heretofore relieved, at least on weekdays, of parenting responsibilities as basic as feeding their children. There are certain ages at which children are particularly difficult even for a loving father or mother to bear around the clock, with nary a day off. The worst of those ages are probably from about two months to twenty-six years.

Yet I don’t think my mother had a day off from me for five years. For long stretches of that half-decade my father was away at sea, and anywhere my mother went I had to go. I could play outside with the neighborhood kids—or, more accurately, she would sometimes force me to go outside and play with them—but mostly it was just the two of us. We spent much of that time at the kitchen table, where she taught me my letters and numbers and told me stories from Greek and Roman mythology. She explained the plot lines and summarized the character descriptions from novels she had read, or was reading (some of which I recognized decades later, when by coincidence I read the same books).

I never thought of it as school, but in retrospect I’d have to say that most of my early education was absorbed at that kitchen table. My sole recollection from the parochial kindergarten I attended on Key West is a kindly old nun who seemed to single me out for attention, whose only memorable accomplishment was persuading me to hold the pencil in my right hand. My first years at Pine Tree School are much clearer, but I remember more about how bored I was than about what I learned there—and how much I resented the efforts to change the penmanship my mother had taught me.

A lifetime later, my turn came to serve as kitchen-table teacher to a precocious twelve-year-old, and to my surprise it turned out to be fun. We were mainly trying to save her from the so-called middle school, which we regarded as a pedagogical disaster, and I agreed to spend several hours a day on history, geography, English, and French. Her mother gave evening lessons in math, science, and music. I took it as a mutual compliment that our pupil eventually took a degree in math, with a minor in French.

We started with a summer course on local history, including an archaeological dig. We read Mark Twain’s Roughing It, in which his Nevada-bound stagecoach was crippled by a broken thoroughbrace, and we visited the Concord coach at the New Hampshire Historical Society, where she learned what a thoroughbrace was. We took a Revolutionary jaunt to Lexington Green and the rude bridge that arched the flood. We went to UNH, where one day years later she realized that she was staring out the same library window where she had spent an afternoon as a child.

The precedents that have been set by near-totalitarian governmental responses to this latest pandemic will exert such profoundly unpleasant influences on society that one feels constrained to emphasize any good that might result. No higher good could emerge than for more parents to understand that they—rather than a vast, bloated bureaucracy—are the key to their children’s education. 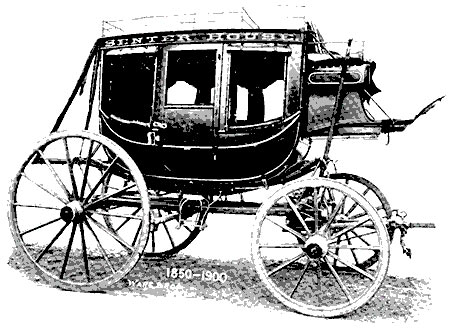