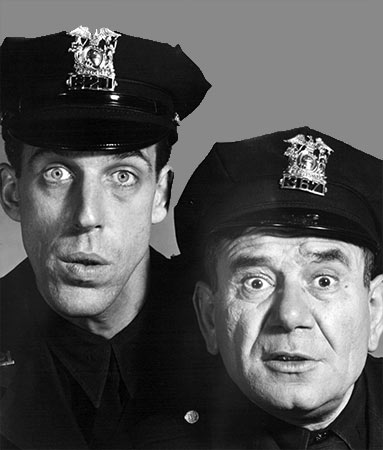 Thirty-odd years ago I got a phone call out of the blue from Mike Cavanaugh, a retired Philadelphia policeman. I didn’t know him, but he had a four-year contract to write a book about the Civil War battle of the “Crater,” and the contract was barely 90 days away from the deadline. He had done all the research, but had written only half a page, and wanted to know if I would be interested in co-authoring the book with him. At the time I was writing the biography of the Union general who lost that battle, so it seemed like an easy transition, and a few days later Mike showed up at my house with several boxes of notes.

He had a lot of cop tales to tell, beginning right after dinner on his first night here, when he saw his old partner, Mike Chitwood, on the Channel 6 news. Chitwood, who was then the Portland police chief, was known in Philadelphia for making the original arrest of the “Unicorn” killer. The two Mikes had served during the tenure of the notoriously tough Frank Rizzo as police commissioner and mayor, but theirs sounded more like a Barney Miller department.

One story involved an officer who, near the end of his day’s shift, responded to the scene of a shooting. The victim lay in the middle of the street outside the bar where he had gotten into a fight, and the centerline of that street marked the precinct boundary. Without waiting for a police “chalk fairy” to outline the body, the detective dragged the deceased a couple of feet toward the curb and called his precinct headquarters, reporting that the case was outside their jurisdiction.

Most of Mike’s stories inadvertently illustrated how seldom Philadelphia police resorted to force, despite that city’s reputation for violence and occasional police brutality. He retired as a lieutenant in the detective division, but he also spent a lot of years as a patrolman, yet he never fired his weapon in the line of duty.

His accounts of department inspections and range practice hint that his restraint was not uncommon. Apparently his precinct grew lax about inspections during an extended period, and an older sergeant managed to avoid a close examination of his service revolver for years. When a new commander took over and sprang a surprise inspection of all officers and their equipment, he found the barrel of the sergeant’s sidearm blocked by a cocoon.

It may have been the same new precinct commander who sent everyone to the firing range, where it became evident that another veteran officer had become negligent about target practice and replenishing his ammunition. The first round he fired resulted in a barely audible “pop,” and the bullet emerged with so little velocity that everyone could see it floating toward the target, beneath which it tumbled to the floor.

Those don’t appear to have been cops who were accustomed to using excessive force. Perhaps they patrolled less troubled neighborhoods, but they also enjoyed a more relaxed era. Police were regarded as heroic mainly because they resorted to deadly force only when confronted by unmistakable threats; they exercised such restraint that a criminal could usually get the drop on them.

Police practices seem a little different today, at least as they emerge in the videos of incidents that ended badly. In some of the more disturbing examples, the officers involved show more concern about protecting themselves than about protecting the public. Almost every video of a police shooting reveals obvious fear on the part of the police, whether justified or not. In the last few years a couple of prominent instances of that phenomenon have emerged from the vicinity of Minneapolis.

The fear factor becomes more apparent in police encounters with black people, no matter what race the officer happens to be, but it has some impact in almost every case where police shoot a citizen. According to the Washington Post, police across the country have killed just under 1,000 people a year for the last four years. Black men are disproportionately represented in that toll, but the greatest number by far were white, with Hispanics a distant third. The casual cruelty inflicted on George Floyd is a problem all its own, but Americans of every color could breathe a little easier if police training leaned less heavily toward the doctrine that an officer’s first duty is self-preservation. The profession could easily be considered heroic again.