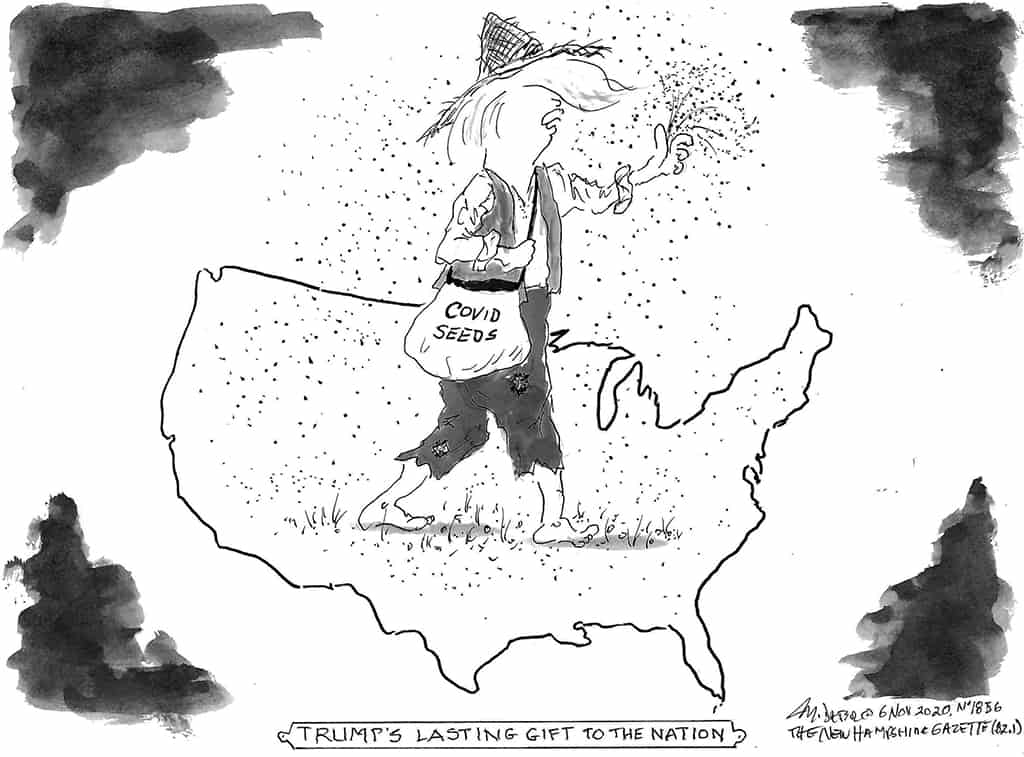 Think of all those dollars as seconds on a clock. A million seconds would total 11 days—but a billion seconds equals nearly 32 years! Rich is nice, but billionaire-rich is over the moon—and the wealth of billionaires is now zooming out of this world. There are only 2,200 of these über rich dudes in the world, but the wealth stashed away by these elites hit a new record this summer, averaging more than $4 billion each. They’ve even pocketed an extra half-billion bucks on average in the midst of the Covid-19 economic crash.

Bear in mind that these fortunate few did nothing to earn this haul. They didn’t work harder, didn’t get one-digit smarter, didn’t create some new breakthrough product to benefit humankind—they could just crank back in their gold-plated La-Z-Boys and let their money make money for them.

Then there are multimillionaire corporate chieftains who are cashing in on their own failure. Having closed stores throughout America, fired thousands of workers, stiffed suppliers and creditors, taken bailout money from taxpayers, and even led their corporations into bankruptcy, the CEOs of such collapsing giants as Hertz, J.C. Penney, and Toys “R” Us have grabbed millions of dollars in—believe it or not—bonus payments! The typical employee at J.C. Penney for example, is held to part-time work, making under $12,000 a year. Thousands of them are now losing even that miserly income as the once-mighty retailer is shutting 154 stores. Yet, the CEO was paid a $4.5 million cash bonus before the company filed for bankruptcy this year.

And still, the corporate establishment wonders why the people consider it a club of heartless, greedy bastards.