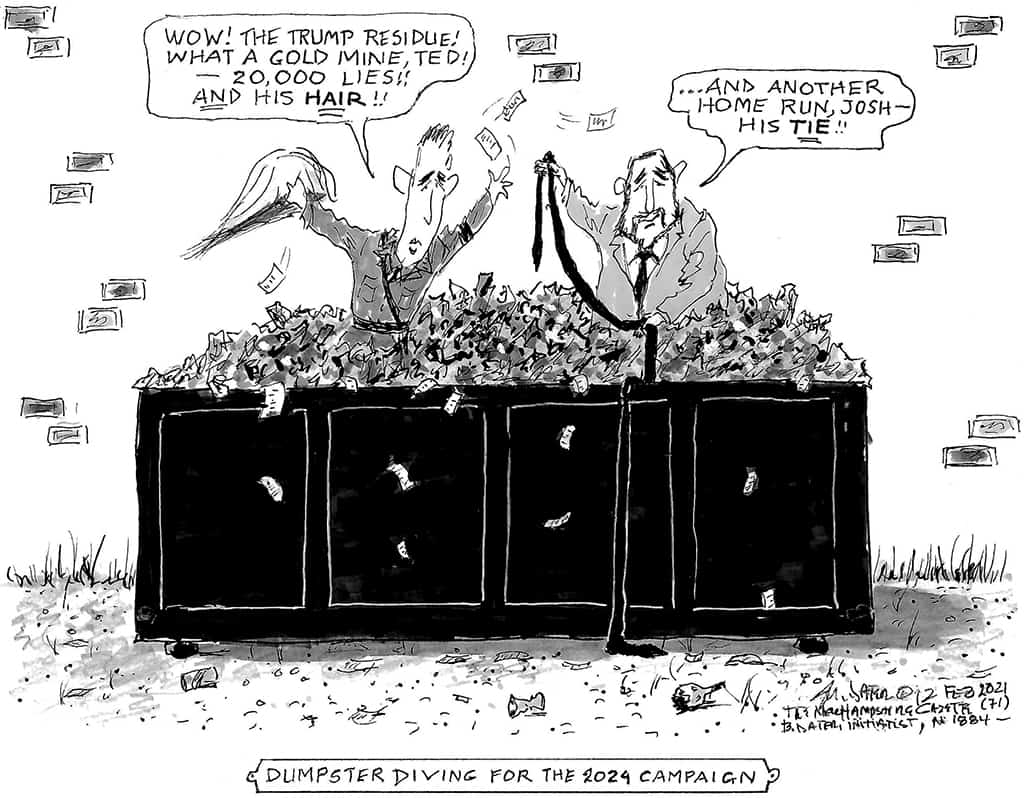 The renowned Western Swing bandleader Bob Wills would joyously call out in mid-song, “Take it away, Leon,” bringing on a crowd-pleasing instrumental solo by steel guitar maestro, Leon McAuliffe.

But now comes another Leon who’s such an off-key, screechy, Wall Street billionaire that crowds are shouting: “Go away, Leon!” He is hedge-fund huckster Leon Cooperman, who first gained public notoriety when he compared Barack Obama’s election to Hitler’s rise to power, and he later was dubbed “Crybaby Cooperman” after he got all teary-eyed during a TV interview in which he decried “the vilification of billionaires.” The sad rich man was weeping about Sen. Elizabeth Warren’s proposal to make the uber-rich pay a modest surtax on the excessive fortunes of money manipulators like him.

For a while, Leon did go away. But this January the whiner was back on TV, blaming stock market gyrations on manipulations by people “sitting at home, getting their [pandemic] checks from the government.” Then he plunged again into deep self-pity, deploring the likelihood that Biden will join Sen. Warren’s call for the rich to pay their fair share of taxes. “This fair share is a bulls#!t concept,” he wailed. “It’s just a way of attacking wealthy people.” Then he appealed to the real victims of the pandemic to rally behind billionaires like him. We make the world “a substantially better place” with our donations to charity, he asserted, pleading for public gratitude, and exclaiming: “We all got to work together.”

Together? While working class and poor have been knocked down, cut off, and stomped on in the past year, America’s 651 billionaires—including Cooperman—have collectively jacked up their wealth by a trillion bucks – an average of $1.5 billion each.

Shall we take up a collection and buy this guy a clue? Do yourself a favor Leon—go away for good.