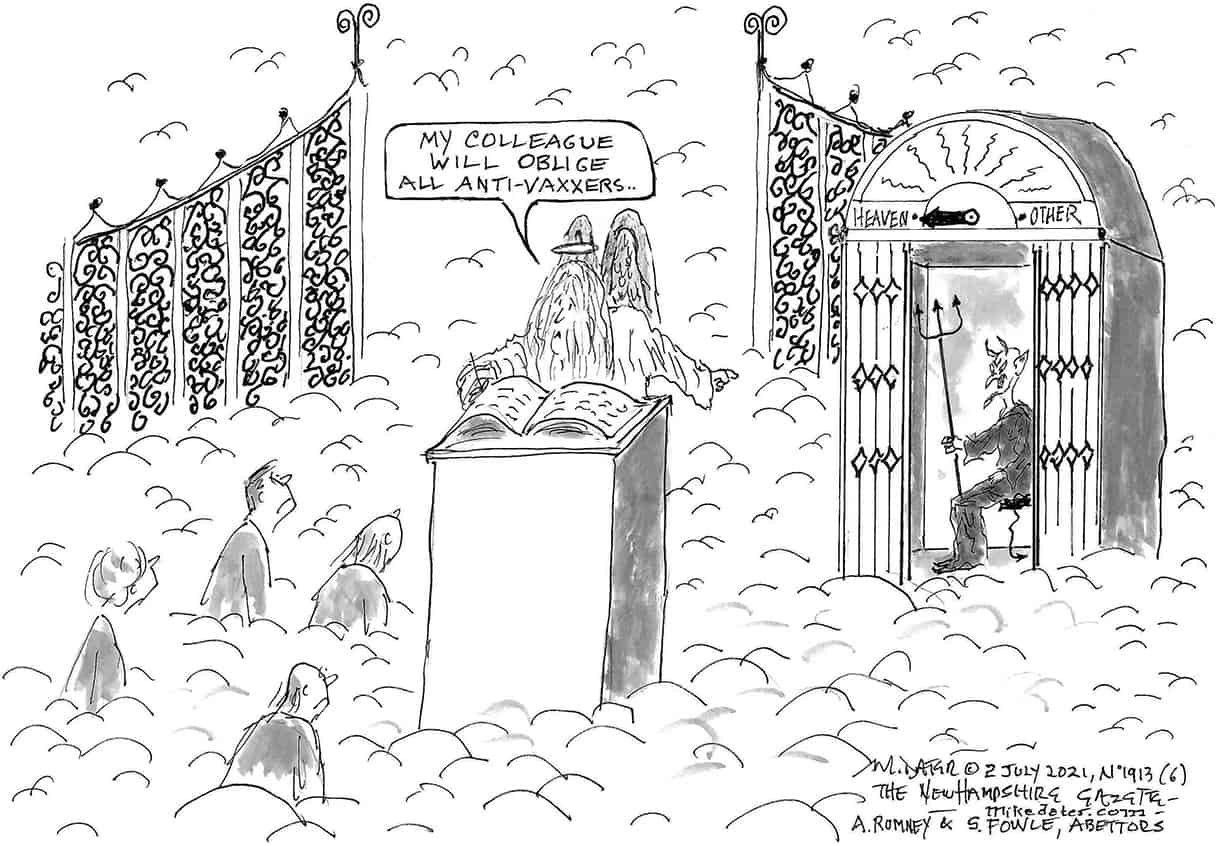 [Governor] Sununu has signed HB 154, another bill that allows your tax dollars to go to crony developers to fund their pet, low-income/high-density projects, which then get tax deferred up to nine years, while aforementioned developers reap the profits from the rentals.

Single-family homeowners get to pick up the extra tax burden when police, fire, EMT, and school services need expansion.

The Housing Appeals Board, approved by the Governor, consists of three realtor/developers and has already taken away your right to zoning and planning in your towns.

The goal of these “new urbanists” is to outlaw single-family zoning.

What this practice will do if allowed to continue, is to destroy the New Hampshire Advantage of low crime, low taxes, low unemployment numbers.

When density increases, so does traffic and crime. Just look at Conway, N.H. as an example.

There is nothing in the New Hampshire Constitution that allows for this type of redistribution of your tax dollars to chosen businesses, nor does it allow for the state to encourage, let alone mandate, any type of housing, by rewarding them with public money.

What’s next, funding cars for those who can’t afford them?

When will the residents of New Hampshire have had enough?

While we share your evident lack of trust in our Hereditary Governor, we’re puzzled by your selectivity; this seems especially odd since the person in question is unrelentingly voluble. All your ire seems aimed at a single bill, the purpose of which is to address a housing shortage which is making this state unlivable for so many.

You claim that HB 154 would allow an unelected Appeals Board to effectively nullify local control. To suggest that New Hampshire’s legislature would pass any such thing is utterly preposterous.

The bill would allow towns—if they so choose—to give tax breaks to developers who build housing which people can afford. There are few things which the state needs more desperately.

If you’re so worried about the diversion of tax dollars, tell us, please: what have you done to fight Senate Bill 130, which will drain public school budgets to fund religious schools?

As for your concern about damage to the “New Hampshire Advantage,” pardon us for laughing.

The property tax burden in this state is already criminal and getting worse. When many lifelong residents retire to enjoy the fruits of their labor, they’re driven from their homes because the wealthy in this state refuse to pay—or even honestly debate—an income tax.

The so-called “New Hampshire Advantage” is a club used to bash anyone who dares ask, how can we equitably fund this state? Because the answer is an income tax.