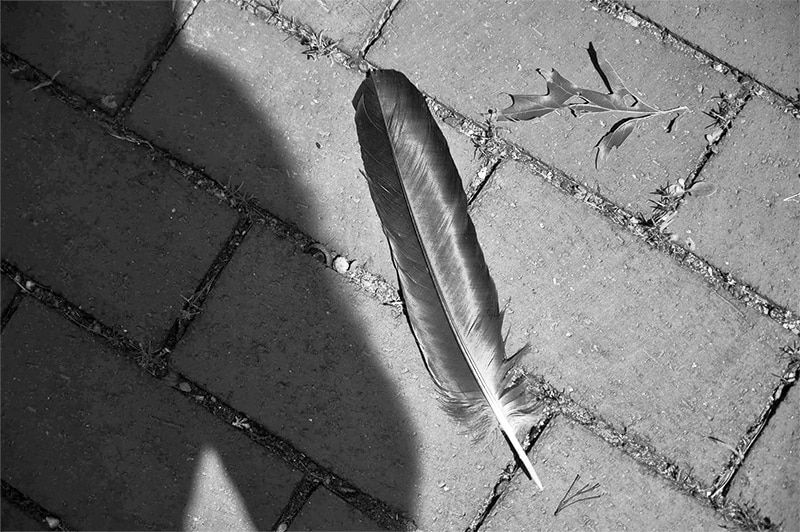 For most of human evolution, the cosmic forces of the universe were magical, beyond our feeble understanding. We were humble and kept our heads down, acutely aware that we were the lowest denominator in a vast galactic mystery. Unfortunately, over the last few hundred years, we humans have become smug and arrogant, thinking we are lords and masters of Planet Earth, which will be our downfall because of the climate crisis we are causing. Today I want to write about four entanglements that give me hope about how we might regain that sense of awe while avoiding environmental doom.

Entanglement #1: Last June the journal Nature announced that quantum entanglement had been proven: That’s the theory that once two objects or particles have interacted with one another, they will be forever joined. From that point forth, whatever happens to one will instantly happen to the other, even if one has traveled to the other side of the universe.⁠1

To me, this a paradigm-shifting event in the history of science, as influential as discovering gravity or that the earth is round—but, most important, because it reintroduces enchantment back into our small-minded and algorithm-driven world. Perhaps someday soon, we can see the world as it really is—as through the eyes of a child, a mystic, an indigenous person, or an artist.

As the poet Christian Wiman has written: “If quantum entanglement is true, if related particles react in similar or opposite ways even when separated by tremendous distances, then it is obvious that the whole world is alive and communicating in ways we do not fully understand. And we are part of that life, part of that communication.”2

Entanglement #2: Suzanne Simard, in her ground-breaking new book Finding the Mother Tree, introduces us to another example of entanglement: how trees communicate through a tangled underground fungal network. She explains how old mother trees connect all the forest trees together through a “jungle of threads and synapses and nodes,” “communicating and responding to one another by emitting chemical signals. Chemicals identical to our own neurotransmitters.”⁠3 Simard sees entanglement everywhere: in a colony of ants, a grove of trees, and even ourselves: “Our own roots and systems interlace and tangle, grow into and away from one another and back again in a million subtle moments.”4

Entanglement #3: In Robert Mac Farlance’s fabulous new book, A Deep Time Journey, we learn that we can no longer view ourselves as a separate apex species, “but rather as an assemblage of entanglements of which we are messily apart. Our bodies are habitats for hundreds of species of which Homo sapiens is only one…we are collaborative compound organisms, ecological units consisting of trillions of bacteria, viruses and fungi that coordinate the task of living together and sharing a common life.”⁠5

And in terms of diversity and a declaration of how little we know: Macfarlane relates a new scientific discovery of a “deep life ecosystem that extends down seven miles into the Earth’s crust that is twice the volume of the world’s oceans.” It “dramatically exceeds the biomass of the entire human population.”6

Entanglement #4: Donna Haraway, a philosopher and feminist scholar, sees our world as a tangled ball of yarn, made up of the innumerable threads of our “deep and entangled relationships with technology, beyond-human kin, and each other.”7 While our future in terms of climate crisis is dire, she rejects the two most popular pundit refrains of either “a comic faith…that technology will somehow come to the rescue of its naughty but very clever children,” or that “the game is over, it’s too late, there’s no sense trying to make anything better.”8

Her approach is to pluck out one thread at a time and “make kin” with it by whole-heartedly listening and relating. She believes, “learning to stay with the trouble of living and dying together on a damaged earth” is a road map to more livable futures.”9

Joanna Macy, a Buddhist writer and activist, embraces a similar approach, calling for a global wakening to band together to create a life-sustaining society. Macy invokes Active Hope as the secret sauce to stiffen our spines to face this crisis with resistance and creativity.

“Active Hope is not wishful thinking.

“Active Hope is not waiting to be rescued by some savior.

“Active Hope is waking up to the beauty of life on whose behalf we can act.

“We belong to this world. The web of life is calling us forth at this time.”10

Understanding that we are—each of us—a vital thread in our utterly entangled but achingly gorgeous world, makes me tingle: it gives me hope that we can commit to come together for the common good of all the inhabitants of our precious, blue planet.

Postscript: As I step out of my office after writing this, I reflect on how none of what I said would be surprising to indigenous people, who already reside in this more-than-human world. As if in validation of that, I found a beautiful black feather by my door, a present from my neighbor, the trickster Raven.

2 My Bright Abyss: Meditation of a Modern Believer, by Christian Wiman p. 33