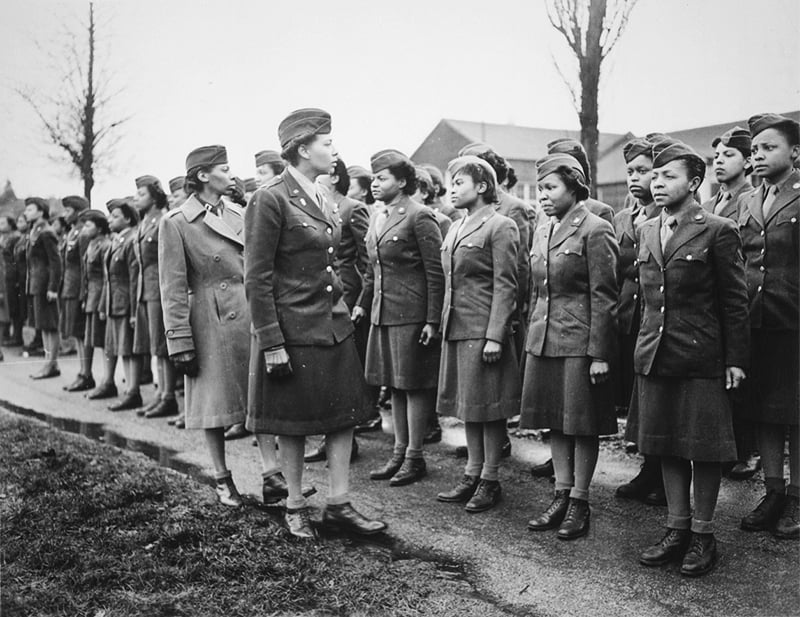 I read recently about the only battalion of Black women to serve in Europe during World War II, the 6888th Central Postal Directory Battalion. This all-female Army Corps unit was deployed on missions to England and France during 1945 under daunting conditions for the purpose of processing undelivered mail to U.S. troops and Red Cross workers. The importance of their work cannot be overstated.

They toiled around the clock, straightening out an enormous backlog of mail piled in disorganized heaps. Within a three-month period, about 17 million pieces of mail were straightened out and sent on to intended destinations.

Despite the important accomplishments of this battalion, their work was denigrated by some who were opposed to Black women serving in the military. When the war ended, the unit faded into history with no nationwide recognition. Now, over 75 years following the battalion’s vital service, only about seven of these women are living.

Anyone who has served in a war zone knows how treasured and usually uplifting letters from loved ones and friends back home are. In U.S. wars prior to Iraq and Afghanistan, emails and other internet communications were non-existent. Telephone calls were impossible. Paper letters, usually hand-written, were the only connection from the home front. They were cherished.

My dad and his brother both served in the Marine Corps on South Pacific Islands during WW II and another uncle served in the European theater. Continuous troop movements made timely mail delivery a challenge. These three have all passed on, but I know that mail from home provided a vital boost under dreadful circumstances, no matter how intermittently it was re-ceived.

Letters from battlefields to folks back in the U.S. were also precious. I have my dad’s journal containing a few letters from various island destinations. His out-going mail was censored, so he couldn’t indicate his location or other operational details. A letter to his mom dated August 16, 1943, states his location as, “On an Isle in the Pacific.” Cross-communications be-tween both ends of such heart-wrenching separations were comforting and reassuring. Letters to and fro helped lessen the distance. They were nearly hallowed and were read over and over.

Black servicemen and women came home from WWII and were denied a drink at “whites only” water fountains, denied access to restrooms, restaurants, hotels and GI benefits. They were also denied recognition of their outstanding military sacrifices until decades later, if ever.

Recently, a VA newsletter contained a feature article about Johnnie Jones, a Black soldier who was seriously wounded during the Omaha Beach invasion on D-Day. Thanks to a close friend’s efforts and military record authentication, Jones finally received the Purple Heart at the age of 101. The medal should have been issued 77 years ago.

A Senate bill co-sponsored by Sen. Maggie Hassan has been approved to officially recognize the 6888th Battalion by awarding its members the Congressional Gold Medal. The bill will next be considered by the U.S. House. Described above are just two of far too many instances where long overdue acknowledgments are brought to the forefront.

Paul Nichols, who lives in Loudon, is a former Marine whose mailing address used to include the line, “FPO San Francisco.”

2 thoughts on “Delayed Recognition is Better Than None”