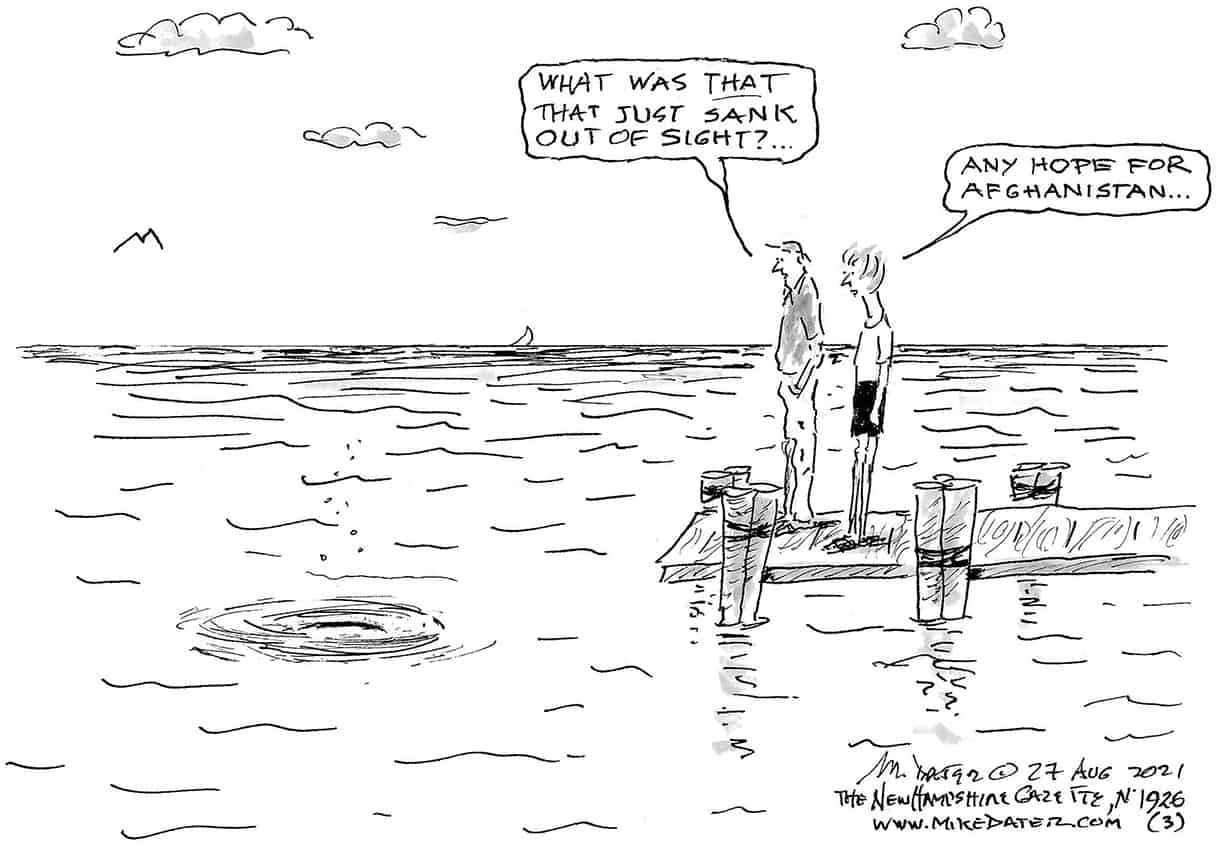 A fortnight from tomorrow, the nation will mark a twentieth anniversary of great historical importance. It would be lovely to think that we are all prepared for it, but there is no evidence of that.

Customarily, the head of the Executive Branch would lead any national commemoration. Fairly or not, though, recent events on the other side of the world have lowered most people’s expectations from that quarter. Besides, everyone knows who really does the heavy lifting when it comes to conducting such national events. [Cue Frank Zappa’s I Am the Slime.*]

Nevertheless, we still have a problem. Over the past two decades, television news networks have…underperformed, if we may employ an industrial-strength euphemism here.

At least, that is our view. Much depends on one’s perspective. They can’t help being less seasoned than ourselves. The vast size of their audience though, would seem to call for more rigorous standards. Once again, though, evidence is lacking.

Also, much depends on what the meaning of the word “perform” is. Stockholders in the half-dozen corporations which own every other upstart rag and blowhard-enabling broadcast network in the country may be quite happy with the return on their investment. We just don’t share their values.

Though unsure that we’re up to the task, in the absence of anyone else who is, we’ll assess this occasion ourselves.

The nation was transfixed: an airliner disappeared into a building from which a jet of flame erupted. Smoke billowed upwards.

Then the same thing happened again: airliner, flame, and smoke. Before anyone could make sense of the chaos, it got worse. One building collapsed, then the other. Two more planes went down. The Pentagon, holed, was burning.

It was as terrible a day as most people could remember. Then true American exceptionalism kicked in: we made things worse.

As always, in times of crisis, television network execs sought out authority figures. George W.[MD] Bush and Rudy Giuliani stepped up, posing as heroic yet humble saviors, prepared to do whatever it took to keep us safe from harm in the future.

To be fair, the network execs did not yet know that Bush had spent his summer vacation blowing off explicit warnings of impending terror attacks. And they probably didn’t know that Giuliani had sited his Emergency Operations Center exactly where al-Qaeda was most likely to strike, or that his Fire Department was still using the old radios that had not worked the last time the World Trade Center was bombed. As we shall see, though, knowing those things would not have made any difference.

A week later Congress† handed the administration a license to kill terrorists, suspected terrorists, and innocent civilians, and ignore inconvenient elements of the U.S. Constitution and the rule of law.

A few weeks after that we invaded one of the countries thought to be responsible for the attack. Given the broad latitude offered by the Authorization for Use of Military Force, it’s unclear why the Bush/Cheney administration came down so hard on Afghanistan. Fifteen of the 19 hijackers, and the instigator Osama bin Laden, were all from Saudi Arabia—as was the funding.

Another lingering mystery is how a gaunt, bearded giant—dependent on a cane and a dialysis machine—could have scooted away from our fittest, most highly-trained warriors, over high mountain passes, as winter was setting in.

It has been established by reputable journalists that at this very critical juncture, Secretary of Defense Donald Rumsfeld was diverting Pentagon resources towards a plan for attacking Iraq. Unfortunately, blow-dried talking heads have had a hard time retaining this fact. Others prone to harping on this point will eventually find themselves the target of pointed fingers and “conspiracy theorist” whispers.

We can now hit the fast-forward button, and screech our way through to the present. Stopping at any particular point along the way would not be particularly edifying. It can all be summed up thusly:

Go ahead and spend $300 million per day—per day—for twenty years in a desperately poor and dysfunctional country, ruled by warlords and crushed by corruption. You will find local entrepreneurs ready, willing, and able to tell you anything you would like to hear.

Somehow, putting such an operation under the control of an authoritarian dictatorship—we’re talking about the Pentagon, here—in which the top brass win promotions by saying “We can do that sir,” and in which underlings are required, under threat of court-martial, to do what they’re told, even if it gets them killed—does not necessarily guarantee a positive outcome.

Of course, we do have civilian control over the military. From a practical point of view, that means conservatives in Congress—all Republicans and half the Democrats—will vote to keep on fighting, regardless of the facts on the ground, lest some used-car salesman decide to challenge them in the next primary election.

And what about The Decider, the Commander-in-Chief?

Check this morning’s paper and see for yourself what happens when he tells the generals it’s time to go. Pulling us out of Afghanistan is the non-lethal equivalent of jumping on a live grenade. It’s enough to make you wonder if Uncle Joe has any intention of running for re-election.

The Pentagon is almost done with Afghanistan, at least for the time being. The Blow-Dried TV News Brigade is not. They’re still speed-dialing all the experts on their contact lists who’ve been wrong about the war all along.