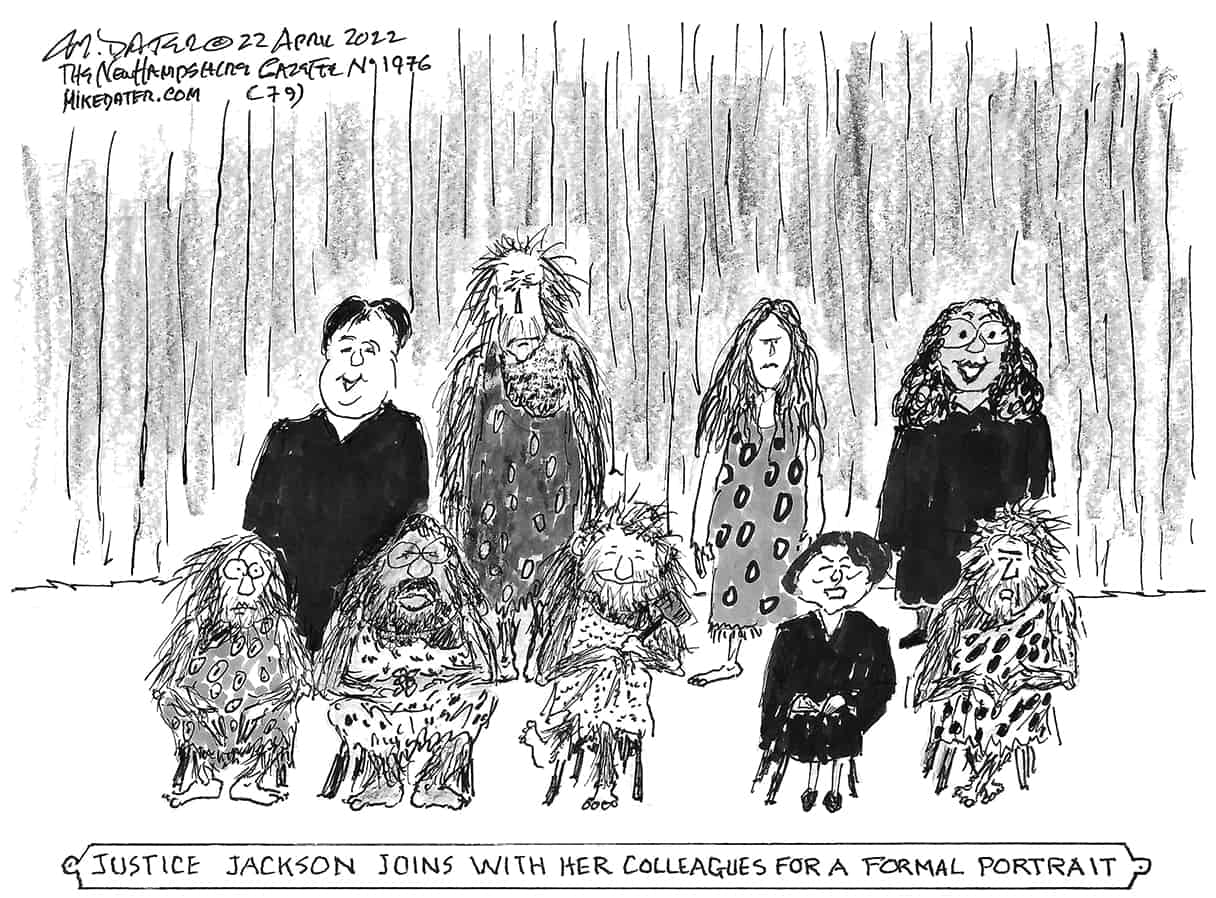 In our new book, Baseball Rebels: The Players, People, and Social Movements That Shook Up the Game and Changed America, Rob Elias and I profile the many iconoclasts, dissenters and mavericks who defied baseball’s and society’s establishment.

But none took as many risks—and had as big an impact—as Jackie Robinson. Though Robinson was a fierce competitor, an outstanding athlete, and a deeply religious man, the aspect of his legacy that often gets glossed over is that he was also a radical.

The sanitized version of the Jackie Robinson story goes something like this: He was a remarkable athlete who, with his unusual level of self-control, was the perfect person to break baseball’s color line. In the face of jeers and taunts, he was able to put his head down and let his play do the talking, becoming a symbol of the promise of a racially integrated society.

I wonder, however, about the extent to which these celebrations will downplay his activism during and after his playing career. Will they delve into the forces arrayed against Robinson—the players, fans, reporters, politicians and baseball executives who scorned his outspoken views on race? Will any Jackie Robinson Day events mention that, toward the end of his life, he wrote that he had become so disillusioned with the country’s racial progress that he couldn’t stand for the flag and sing the national anthem?

Robinson was a rebel before he broke baseball’s color line.

When he was a soldier during World War II, his superiors sought to keep him out of officer candidate school. He persevered and became a second lieutenant. But in 1944, while assigned to a training camp at Fort Hood in Texas, he refused to move to the back of an army bus when the white driver ordered him to do so.

Robinson faced trumped-up charges of insubordination, disturbing the peace, drunkenness, conduct unbecoming an officer and refusing to obey the orders of a superior officer. Voting by secret ballot, the nine military judges—only one of them Black—found Robinson not guilty. In November, he was honorably discharged from the Army.

Describing the ordeal, Robinson later wrote, “It was a small victory, for I had learned that I was in two wars, one against the foreign enemy, the other against prejudice at home.”

Three years later, Robinson would suit up for the Dodgers.

His arrival didn’t occur in a vacuum. It marked the culmination of more than a decade of protests to desegregate the national pastime. It was a political victory brought about by a persistent and progressive movement that confronted powerful business interests that were reluctant—even opposed—to bring about change.

Biting his tongue, biding his time

This protest movement set the stage for Brooklyn Dodgers executive Branch Rickey to sign Robinson to a contract in 1945. Robinson spent the 1946 season with the Montreal Royals, the Dodgers’ top farm club, where he led the team to the minor league championship. The following season, he was brought up to the big leagues.

Robinson promised Rickey that—at least during his rookie year—he wouldn’t respond to the verbal barbs from fans, managers and other players he would face on a daily basis.

His first test took place a week after he joined the Dodgers, during a game against the Philadelphia Phillies. Phillies manager Ben Chapman called Robinson the n-word and shouted, “Go back to the cotton field where you belong.”

Though Robinson seethed with anger, he kept his promise to Rickey, enduring the abuse without retaliating.

But after that first year, he increasingly spoke out against racial injustice in speeches, interviews and his regular newspaper columns for The Pittsburgh Courier, New York Post and the New York Amsterdam News.

Many sportswriters and most other players—including some of his fellow Black players—balked at the way Robinson talked about race. They thought he was too angry, too vocal.

Syndicated sports columnist Dick Young of the New York Daily News griped that when he talked to Robinson’s Black teammate Roy Campanella, they stuck to baseball. But when he spoke with Robinson, “sooner or later we get around to social issues.”

A 1953 article in Sport magazine titled “Why They Boo Jackie Robinson” described the second baseman as “combative,” “emotional” and “calculating,” as well as a “pop-off,” a “whiner,” a “showboat” and a “troublemaker.” A Cleveland paper called Robinson a “rabble rouser” who was on a “soap box.” The Sporting News headlined one story “Robinson Should Be a Player, Not a Crusader.” Other writers and players called him a “loudmouth,” a “sorehead” and worse.

Nonetheless, Robinson’s relentless advocacy got the attention of the country’s civil rights leaders.

In 1956, the NAACP gave him its highest honor, the Spingarn Medal. He was the first athlete to receive that award. In his acceptance speech, he explained that although many people had warned him “not to speak up every time I thought there was an injustice,” he would continue to do so.

‘A freedom rider before the Freedom Rides’

After Robinson hung up his cleats in 1957, he stayed true to his word, becoming a constant presence on picket lines and at civil rights rallies.

That same year, he publicly urged President Dwight Eisenhower to send troops to Little Rock, Arkansas, to protect Black students seeking to desegregate its public schools. In 1960, impressed with the resilience and courage of the college students engaging in sit-ins at Southern lunch counters, he agreed to raise bail money for the students stuck in jail cells.

Robinson initially supported the 1960 presidential campaign of Sen. Hubert Humphrey, a Minnesota Democrat and staunch ally of the civil rights movement. But when John F. Kennedy won the party’s nomination, Robinson—worried that JFK would be beholden to Southern Democrats who opposed integration—endorsed Republican Richard Nixon. He quickly regretted that decision after Nixon refused to campaign in Harlem or speak out against the arrest of Martin Luther King Jr. in rural Georgia. Three weeks before Election Day, Robinson said that “Nixon doesn’t deserve to win.”

In February 1962, Robinson traveled to Jackson, Mississippi, to speak at a rally organized by NAACP leader Medgar Evers. Later that year, at King’s request, Robinson traveled to Albany, Georgia, to draw media attention to three Black churches that had been burned to the ground by segregationists. He then led a fundraising campaign that collected $50,000 to rebuild the churches.

In 1963 he devoted considerable time and travel to support King’s voter registration efforts in the South. He also traveled to Birmingham, Alabama, as part of King’s campaign to dismantle segregation in that city.

“His presence in the South was very important to us,” recalled Wyatt Tee Walker, chief of staff of King’s Southern Christian Leadership Conference. King called Robinson “a sit-inner before the sit-ins, a freedom rider before the Freedom Rides.”

Robinson also consistently criticized police brutality. In August 1968, three Black Panthers in New York City were arrested and charged with assaulting a white police officer. At their hearing two weeks later, about 150 white men, including off-duty police officers, stormed the courthouse and attacked 10 Panthers and two white supporters. When he learned that the police had made no arrests of the white rioters, Robinson was outraged.

“The Black Panthers seek self-determination, protection of the Black community, decent housing and employment and express opposition to police abuse,” Robinson said during a press conference at the Black Panthers’ headquarters.

He challenged banks for discriminating against Black neighborhoods and condemned slumlords who preyed on Black families.

And Robinson wasn’t done holding Major League Baseball to account, either. He refused to participate in a 1969 Old Timers game because he didn’t see “genuine interest in breaking the barriers that deny access to managerial and front office positions.” At his final public appearance, throwing the ceremonial first pitch before Game 2 of the 1972 World Series, Robinson observed, “I’m going to be tremendously more pleased and more proud when I look at that third base coaching line one day and see a black face managing in baseball.”

No major league team had a Black manager until Frank Robinson was hired by the Cleveland Indians in 1975, three years after Jackie Robinson’s death. The absence of Black managers and front-office executives is an issue that MLB still grapples with today.

Athlete activism, then and now

Athletes still face backlash for speaking out. When NFL quarterback Colin Kaepernick protested racism by refusing to stand during the national anthem, then-President Donald Trump said that athletes who followed Kaepernick’s example “shouldn’t be in the country.”

In 2018, after NBA star LeBron James spoke about a racial slur that had been graffitied on his home and criticized Trump, Fox News’ Laura Ingraham suggested that he “shut up and dribble.”

Even so, in the past decade, athletes have become more outspoken on issues of racism, homophobia, sexism, American militarism, immigrant rights and other issues. They all stand on Robinson’s shoulders.

It was Robinson’s strong patriotism that led him to challenge America to live up to its ideals. He felt an obligation to use his fame to challenge the society’s racial injustice. However, during his last few years—before he died of a heart attack in 1972 at age 53—he grew increasingly disillusioned with the pace of racial progress.

In his 1972 memoir, I Never Had It Made, he wrote: “I cannot stand and sing the anthem. I cannot salute the flag; I know that I am a Black man in a white world.”

Peter Dreier is E.P. Clapp Distinguished Professor of Politics, Occidental College. This article was was published at theconversation.com under a Creative Commons license.

An analysis released Monday to mark Tax Day in the United States shows that the country’s 735 billionaires have seen their collective wealth soar by 62 percent over the past two years while worker earnings have grown just 10 percent, modest gains eaten away by the rising costs of food, housing, and other necessities.

According to new calculations by Oxfam America, U.S. billionaires now own a combined $4.7 trillion in wealth, much of which goes completely untaxed. As ProPublica recently found in an examination of data from the Internal Revenue Service—an agency that disproportionately targets the poor—the 25 richest people in the U.S. paid a true tax rate of just 3.4 percent from 2014 to 2018.

“The billionaire wealth explosion in this country comes at a time of historic inflation hitting working families, compounded by the expiration of critical social safety nets put in place at the start of the pandemic to protect America’s most vulnerable,” said Gina Cummings, vice president of advocacy alliances and policy at Oxfam America.

“The impact on real people is devastating, leading countless families to slip into poverty,” Cummings added. “The ongoing failure of our nation’s leaders to implement a more equitable tax system is a stain on democracy.”

Oxfam’s new analysis estimates that a series of tax proposals that have been introduced in Congress but have yet to pass would bring in $252 billion in additional federal revenue each year. The version of President Joe Biden’s Build Back Better agenda that the House passed in November would cost just $175 billion per year over the next decade.

Will There Be A 2024 First in the Nation™ Presidential Primary Election®?

We’re not going to make any predictions on this one, but New Hampshire’s unique First in the Nation™ Presidential Primary Election® certainly seems poised to follow the Old Man of the Mountain into oblivion.

Corporate consultants swooping in to reorganize a failing company frequently announce that everyone’s been fired and if they want to keep working they’ll have to re-apply to get their old jobs back.

New Hampshire got that treatment from the Democratic National Committee’s Rules and Bylaws Committee on April 13th.

Iowa got the same but worse: their serving of bad news came with a side of warnings about their Rube Goldberg caucus system.

Top state Democrats responded by whistling past the graveyard.