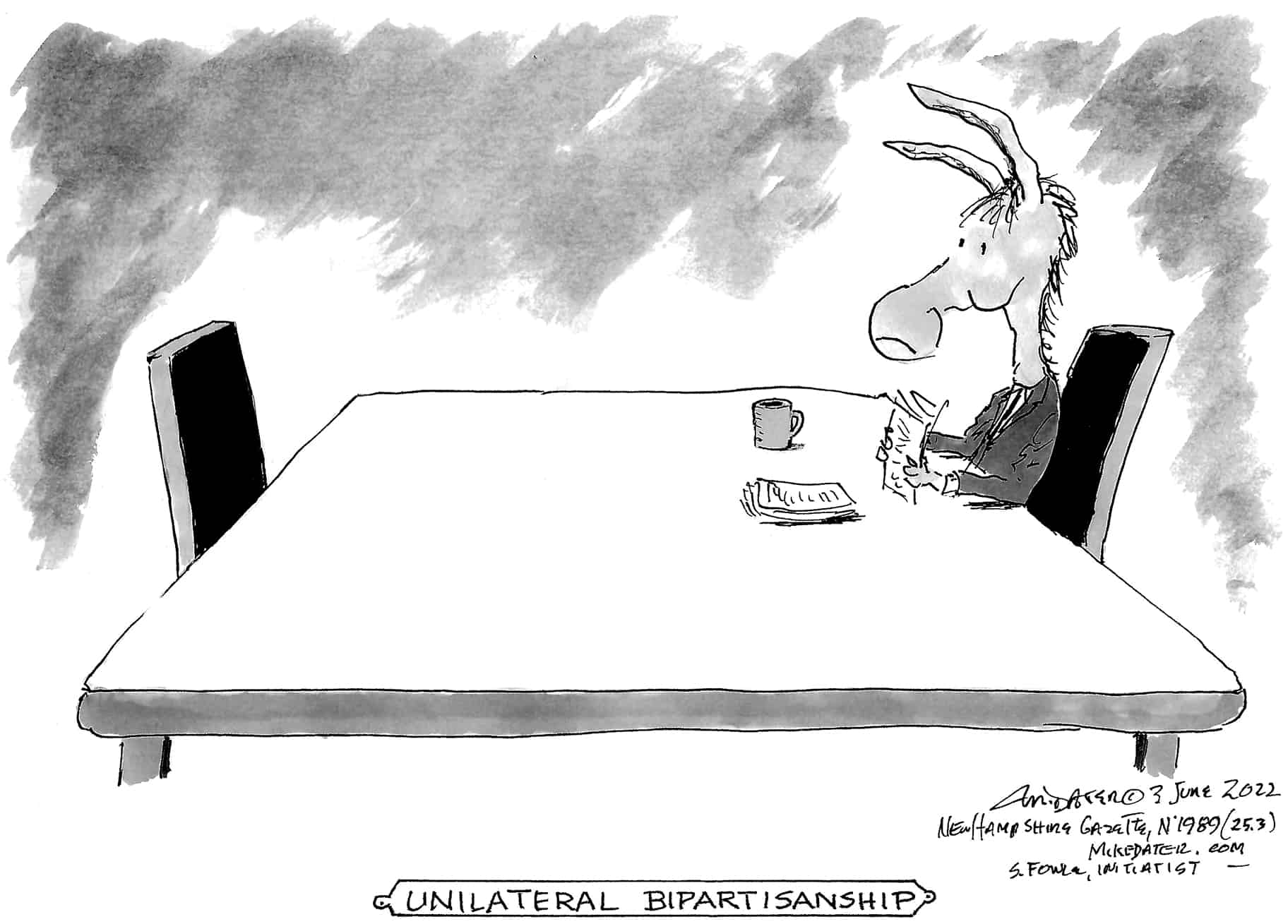 With the Republican Party hell bent on capturing Congress once and for all this November, and the White House two years hence, it may be time to ask if perhaps someone ought to consider taking a few prudent preventive measures, lest our democracy—such as it is—should be snatched away forever.

We hasten to add that, in proposing that somebody actually do something, we do not mean to give offense to anyone. As others before us have observed, there is more than enough incivility in the public discourse already.

Besides, one can’t be too careful these days. One never knows when a partisan from either camp might conclude that the time has come to armor up, lock and load, and exercise their God-given right to prevail with a little help from the 2nd Amendment.

Nevertheless, we shall persist, at least far enough to say that it seems unlikely, should Republicans succeed in establishing control over the conduct of elections in enough states to control the Electoral College, that they will suddenly and spontaneously have a change of heart and offer to share power with a rival party they’ve been bullying for nearly thirty years.

If our analysis is correct, then Lincoln’s “last best hope of earth” has another 158 days. After that we start turning into Victor Orban’s Hungary.

As a news organization, it is not our place to offer a value judgment on this potential turn of events. A little historical context may be useful, though.

In 1990, Republican candidates across the country received a mailing from GOPAC, a tax-exempt 527 racket run by Rep. Newton Leroy “Newt” Gingrich [R-Ga.].

“We have heard a plaintive plea,” said Newt’s pamphlet: ‘I wish I could speak like Newt.’”

Five years after its release, the pamphlet had curdled enough Republican brains to elect Gingrich Speaker of the House of Representatives. Over the course of his four-year reign of terror—with a little help from Rush Limbaugh on the radio and Roger Ailes at Fox “News”—the better angels of the nation’s nature seemed to wither up and die.

Hypocrisy has been one of Gingrich’s most consistent and revolting traits. Ever ready to cast stones at horndogs like President Bill Clinton, the Speaker himself had the morals of a tom cat. His marital history was an epic of serial adultery. He divorced his first wife because she was “not young enough or pretty enough to be the wife of a President. And besides,” he noted, “she has cancer.”

Surveying this history, a reasonable person might well ask, “How did a presumably-innocent baby ever turn into such a miserable bastard?” Blogger E.H. Hail may have the answer.

During the ex-Speaker’s  ill-fated bid for the 2012 GOP Presidential nomination, Hail discovered that Gingrich is an hereditary miserable bastard. His father was born out of wedlock, and so was his father before him. The reader can find the sordid details at hailtoyou.wordpress.com.

Despite his unfortunate lineage, and his rejection by the nation in 2012, Newt continues to devote attention to public policy. Sadly, the results are as deplorable as ever. Last week he offered a solution to the problem of schoolchildren being killed by gunfire: put more guns in schools.

“Every school in the country ought to have five or 10 people paid $500 a month or more extra—that would be a rational federal program to pay every teacher who’s willing to be trained and armed to protect the children—teachers and administrators.”

To be fair, there is a precedent, and it’s one which makes his proposal appear generous. Combat pay from the Pentagon is measly $225 a month.

That generosity is one reason the proposal is a non-starter. The Washington Post’s Philip Bump ran the numbers: to cover all the nation’s 131,000 public schools, Congress would have to give 655,000 teachers a pay raise costing a minimum of $4 billion a year. The sun will rise in the west before that happens.

Bump is too smart to take Gingrich’s proposal seriously. It’s just “something to say,” he writes, “that met the needs of his position as a Fox News contributor: giving primacy to toughness over rationality and focusing first on coming up with solutions that don’t involve limiting guns.”

It would be pointless to ask whether Gingrich is a highly-paid stooge of the GOP or the NRA. What, after all, is the difference? In the decade since the Sandy Hook shooting, the NRA is alleged to have spent about $100 million supporting the Republican Party—including $30 million to elect The Former Guy.

Technically he is correct, of course. Unlike some other members of the World’s Greatest Deliberative Body,™ and half of the House, neither the Majority Leader nor the senior Senator from Texas appear to be completely delusional.

Biden must be delusional, though, if he thinks they’re playing by the old, pre-Gingrich rules.