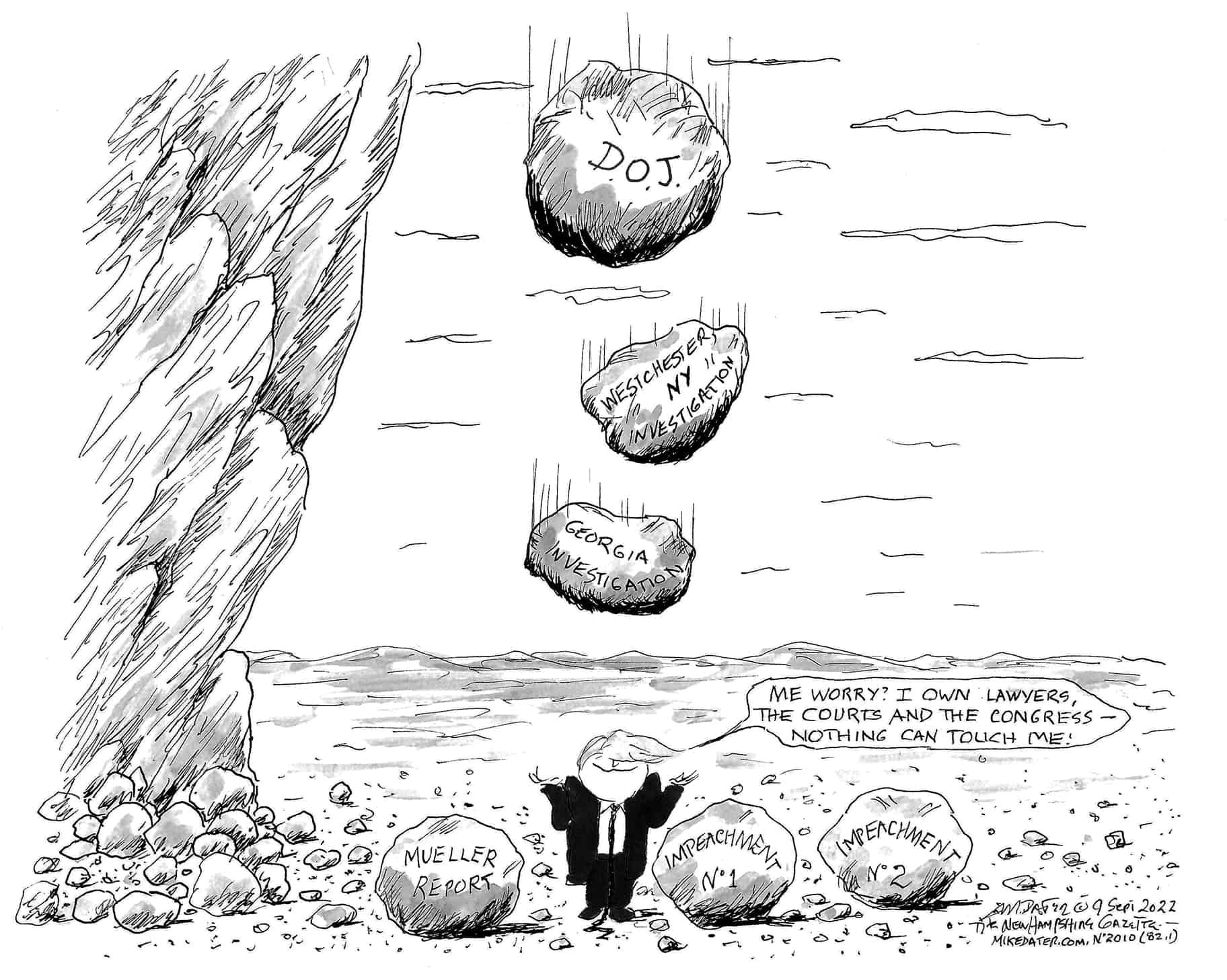 A 2013 glossary of military slang defines a “self-licking ice cream cone” as a “military doctrine or political process that appears to exist in order to justify its own existence, often producing irrelevant indicators of its own success. For example, continually releasing figures on the amount of Taliban weapons seized, as if there were a finite supply of such weapons. While seizing the weapons, soldiers raid Afghan villages, enraging the residents and legitimizing the Taliban’s cause.”

Military historian Norman Friedman coined the term to describe certain weapons systems during the Gulf War of 1991-1992. Astute readers, though, will readily see that it could accurately have been used two decades earlier. Afghanis, Iraqis, Vietnamese, and U.S. veterans all can attest to this.

In fact, once this concept is understood, its broad applicability becomes unmistakable. The Space Shuttle, the International Space Station, and Star Wars all come to mind, along with, more recently, self-driving cars.

InkStickMedia reported Tuesday that “Annual spending on just one weapons system—the troubled F-35 combat aircraft, which the Project on Government Oversight has determined may never be fully ready for combat—is comparable to the entire discretionary budget for the Centers for Disease Control. And a 2022 report by the Center for American Progress found that an investment of just $4.5 billion per year—about one-third the cost of a new aircraft carrier—would “ensure equitable and sustained foundational public health services for all.”

Why are such travesties accepted as normal? Perhaps because our domesticated media routinely fire any journalist who tries to report that the emperor is naked.

Now, against this already dysfunctional background, we appear to have another, analogous problem: that of the self-exonerating tyrant.

You know who we mean. We apologize for dragging this tiresome individual onto our pages yet again. We assume our readers are as tired of reading about him as we are of writing about him. If we ignore him, though, it’s not he who’ll go away. It will be our democracy.

To fully appreciate the staggering WTF-ness of this latest abomination, recall that the day after delivering his inaugural speech—the prophetic “American Carnage”—he visited CIA headquarters. He used as a backdrop the Memorial Wall—white marble dotted with 117 stars, each honoring an anonymous CIA officer killed in the line of duty.

“He used the scene as a prop for another complaint about the media and another bit of braggadocio about his crowds and his support,” Paul R.          Pillar, former Deputy Director of the Agency’s Counterterrorist Center, told The New Yorker’s Robin Wright in 2017. “…that Trump made no mention of those whom that wall memorializes, made his performance doubly offensive.”

Four months after Biden was sworn in, the chief counsel of the National Archives, knowing that TFG had retained boxes of secret stuff, wrote an obsequious note to his lawyers—“We know things are very chaotic, as they always are in the course of a one-term transition”—asking for those secret materials back. All that got them was more lies.

Then last fall, on October 5th, The New York Times reported that “Top American counterintelligence officials warned every C.I.A. station and base around the world last week about troubling numbers of informants recruited from other countries to spy for the United States being captured or killed, people familiar with the matter said.

“The message, in an unusual top secret cable, said that the C.I.A.’s counterintelligence mission center had looked at dozens of cases in the last several years involving foreign informants who had been killed, arrested or most likely compromised.”

“Among the 100-plus classified documents taken in August,” the Washington Post reported yesterday, “some were marked ‘HCS,’ a category of highly classified government information that refers to ‘HUMINT Control Systems,’ which are systems used to protect intelligence gathered from secret human sources, according to a court filing.”

Correlation is not causation, of course. We are certainly not qualified to say whether #45 is personally responsible for crippling the U.S.’s global spy network around the world. When she was interviewed recently by MSNBC’s Nicole Wallace, though, former CIA officer Tracy Walder did bring up that possibility.

Here’s another possibility: the person who once treated the Memorial Wall as a backdrop for his boasting may someday be responsible for putting another star on it.

At this point, many reasonable people are asking, “Why hasn’t this bozo been greased up and loaded into a circus cannon aimed at the United States Penitentiary in Leavenworth, Kansas?”

Oddly enough, the lastest hitch in that seemingly-inevitable but glacier-paced process came from a Judge of the United States District Court for the Southern District of Florida named Aileen Cannon.

Lawyers for the Doofus Formerly Known as #45 petitioned Judge Cannon for a special master to pore over all the pilfered U.S. gummint secrets stashed at MAGA-Lardo. In a just world, those lawyers would have been laughed out of court.

Judge Cannon, though, is special. She’s a member of the Federalist Society. On her scales of justice, a brick and a feather have equal weight, provided the feather belongs to a Republican. Appointed by Trump, she sided with Trump’s lawyers. Now the Justice Department can’t touch him until God knows when. Or, Justice can appeal—and roll the dice with more Trump judges.

It doesn’t seem to matter what this guy does, he just can’t get arrested. One thing’s for sure: until he’s locked up in Leavenworth, we’re staying the hell off Fifth Avenue.