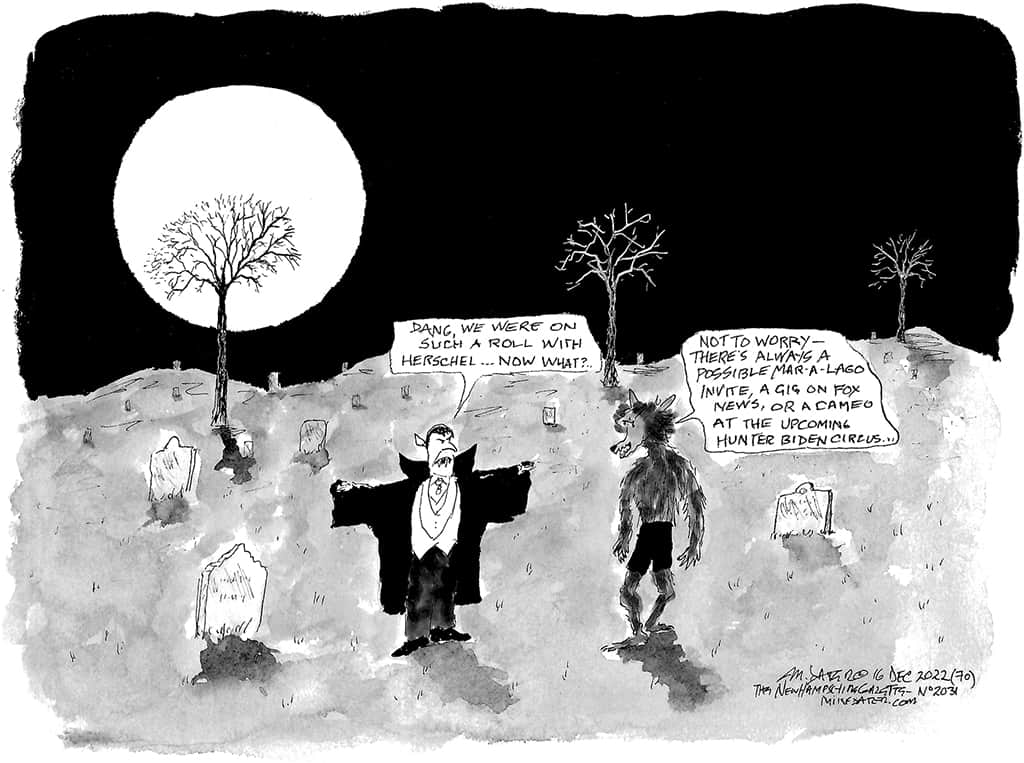 The United States Senate acted in a show of rare unity recently in voting 80 to 15 to pass a bill forcing rail workers to accept their employers’ contract offer without a strike. There was no such unity to pass an amendment introduced by Senator Bernie Sanders (I-Vt.) that would have given rail workers seven paid sick leave days. That bill did not pass even though 52 senators voted for it, as it failed the requisite 60-vote threshold.

According to the Brotherhood of Railroad Signalmen, “Almost every elected member of Congress campaigns on being ‘for the working class.’” But, in response to the failure to pass the sick leave amendment, the Brotherhood pointed out that Congress’s actions “demonstrated they are for the corporate class.”

The Brotherhood is among several unions representing a little more than 100,000 people working in the rail industry. This is more than half of all rail workers in the U.S. According to the Bureau of Labor Statistics, “Because trains operate 24 hours a day, 7 days a week, railroad workers’ schedules may vary to include nights, weekends, and holidays. Most work full time, and some work more than 40 hours per week.” A job so crucial that the entire U.S. economy is dependent on it pays a median salary of less than $65,000 a year with no paid sick leave whatsoever.

Explaining why Congress felt it necessary to pass a bill to make it illegal for rail workers to strike for better conditions, House Speaker Nancy Pelosi said, “A nationwide rail shutdown would be catastrophic—a shutdown would grind our economy to a halt, and every family would feel the strain.” President Joe Biden similarly explained that the congressional intervention in averting a rail strike would help avoid “devastating economic consequences for workers, families, and communities across the country.”

An economy that devastates workers, leaving them underpaid for a high-pressure job with no sick days, is apparently just fine.

Instead of using its power to force the private rail companies to grant paid sick leave to rail workers, Congress used its levers of power to side with corporate forces rather than with workers. It chose to uplift profits over workers’ needs.

The cost of those profits is tangible and minuscule. Sanders pointed out in a tweet on November 29 that, “Guaranteeing 7 paid sick days to rail workers would cost the rail industry a grand total of $321 million a year—less than 2 percent of its profits.” Meanwhile, he added, “Rail companies spent $25.5 billion on stock buybacks and dividends this year.”

To help private rail companies secure $321 million a year in profits, Congress and the president inserted themselves into contract negotiations and sold out more than 100,000 workers.

As President Biden said in September 2021, “I intend to be the most pro-union president leading the most pro-union administration in American history.” But nearly 30 years ago as a U.S. senator—on the matter of the rail industry in particular—he was more pro-labor than he is today, becoming one of a handful of senators to vote against averting a rail strike. Then-Senator Biden, explaining his “no” vote, said in 1992, “I am…concerned that we are rewarding a concerted decision of the railroads [to negotiate in bad faith] that would have caused fevered expressions of outrage by industry had the unions taken a similar step.”

Today’s congressional intervention indeed rewards the private rail industry that has been engaged in a relentless bid to cut costs in the service of profits.

Corporate media outlets, whose business model is in line with rail companies, have disproportionately amplified lawmakers’ pro-industry talking points. But what are worker unions saying?

The International Association of Sheet Metal, Air, Rail and Transportation Workers, one of the unions involved, said it “does not support the notion of Congress intervening in our collective bargaining negotiations to prevent a strike.”

Instead, the union said, “If Congress truly wants to take action to improve the industry for our members, then we recommend legislation that will work to reverse the devastation of Precision Scheduled Railroading [PSR].”

Buried near the end of one article, Associated Press explained the gist of PSR without mentioning it by name, saying that, “The rail industry has aggressively cut costs everywhere and shifted its operations to rely more on fewer, longer trains that use fewer locomotives and fewer employees.”

According to rail company Union Pacific Railroad (UP), this method “keeps inventory (and supply chains) moving.” UP touts PSR’s “benefits to Shippers and Receivers,” who are the company’s’ primary customers. The company makes no mention at all of the toll this “efficiency” has taken on its workers.

Congress could have used its power to force rail companies to address the impact of PSR on workers. But instead, it used its power to side with corporate rail industry profits. It is an underlying assumption of how our society and government are structured that any intervention in the acquisition of profit is seen as a threat to the economy.

It’s no wonder rail workers feel betrayed. One Chicago worker named Rhonda Ewing told the New York Times ahead of the congressional vote, “We know it’s holiday time, which is why it’s the perfect time to raise our voices. If Biden gets involved, he takes away our leverage.”

Coming so soon after the 2022 midterm elections and far enough from the 2024 presidential election, lawmakers have few worries about losing reelection bids based on their voting record. This suggests that Congress and the president timed the votes to maximize their political leverage.

But rail workers are not likely to forget the government’s betrayal. “The political pandering and showboating by the elected officials in the Railroad’s pockets will not diminish our resolve nor remove the respect each Signalman is owed for keeping the economy afloat on a daily basis,” said the Brotherhood of Railroad Signalmen in a press release.

And other workers who are increasingly in solidarity with one another in an economy obviously rigged to benefit wealthy corporate employers, are angry too. The National Day Laborer Organizing Network, for example, accused Biden of siding with “wealthy bosses,” and reiterated its support for unions saying, “we will always be in solidarity with all workers.”

Unions are drawing battle lines, demanding that the government flip the script of who the national economy is supposed to benefit.

“The Federal Government inserted itself into the dispute between the railroads and the Railroad Workers under the premise that it must protect the American economy,” wrote Tony D. Cardwell, president of BMWED-IBT, one of the rail unions involved in negotiating contracts. “Yet,” he said, “when the Federal Government makes that decision, its Representatives have a moral responsibility to also protect the interests of the citizens that make this nation’s economy work—American Railroaders.”

In other words, we need an economy that works for the people, not the other way around. Cardwell warned that the lawmakers’ actions are “nothing less than anti-American, an abdication of their oath of office,” and that, “you are deemed, in my eyes, unworthy of holding office.”

This article was produced by Economy for All, a project of the Independent Media Institute. It is published here under a Creative Commons license.

Consumer advocates on Tuesday welcomed a new proposal from a key government agency for a registry of nonbank financial institutions, which would be required to list themselves when they are subject to court orders and other legal actions.

The Consumer Financial Protection Bureau (CFPB) issued a new proposed rule calling for a “Registry of Nonbank Covered Persons Subject to Certain Agency and Court Orders,” which would require financial corporations to register “upon becoming subject to a public written order or judgment imposing obligations based on violations of certain consumer protection laws.”

The proposed registry would help the CFPB track and mitigate risks posed by corporations that have repeatedly broken consumer protection laws and would allow the bureau to share information with other regulators and law enforcement agencies.

American Banker reported that the registry, if adopted, could include federally insured banks and credit unions in the future.

“A public rap sheet for corporations is a welcome proposal,” said Bartlett Naylor, financial policy advocate for Public Citizen. “This not only would help law enforcers spot repeat offenders; the public would be able to look at a trusted registry to see if a particular company is worth the risk.”

Naylor added that the registry could “become a powerful tool for consumers and small businesses alike to track corporate offenders who have embraced fines and litigation as a cost of doing business and rely on forced arbitration to keep consumers from having their day in court.”

Consumers would also have access to information about what companies are doing to end their lawbreaking, as large corporations on the registry would be “required to designate an individual to attest whether the firm is adhering to registered law enforcement orders,” according to the CFPB.

The bureau noted that the proposed registry would help the CFPB fulfill the mandate it was given by Congress when it was established in 2011 at the urging of progressive Sen. Elizabeth Warren (D-Mass.).

The proposed rule will be open for public comment for 60 days following its publication in the Federal Register.

According to some Protestants, it was Martin Luther who first had the bright idea of putting lit candles among the branches of evergreen trees. Despite what now seems to be an obvious flaw in this practice, the death toll remained low enough for this experiment to be come a tradition.

Early in the last century, candles began to be replaced by strings of electric lights. While we will grant that correlation does not imply causation, we will note here that life expectancies have increased dramatically since that time.

This is not to say that all risks associated with arborial illumination have been eliminated. Let us consider the tree at left. Fittingly for a town with a history of devastating December fires in 1802, 1806, and 1813, there is nary a candle in sight.

Whence cometh, then, all them sparkly lumens? From a certain four-loop Westinghouse pressurized-water nuclear reactor, 16 miles down I-95 in Seabrook, of course.

Apparently having too much time on our hands, we got to wondering exactly what kind of atoms are getting smashed in order to bring us all this holiday cheer. Does Seabrook use Hi-Test, or some generic off-brand?

We didn’t have so much time on our hands that we felt like wasting it waiting on hold for some NextEra flack to deny us that information on the grounds that it’s proprietary. So, we settled instead for scanning open sources—and quickly became unsettled.

Now, we assume that the U.S. Department of Energy—or, as former Secretary Rick Perry called it, the Department of Oops—was trying to reassure, if not us in particular, then certainly the public at large. Somehow, though, its web page devoted to “Accident Tolerant Fuels” failed to achieve that purpose. A cheerful stylized graphic matches a promise—“New Fuels For Today’s Reactors That Survive Longer Under Accident Conditions”—with a caveat: “Coming Soon 2025.”

Posted in 2018, the page also notes that “Accident tolerant fuels are industry-led.” Manufacturers of nuclear fuel are “leading the charge to aggressively develop new reactor fuels in an accelerated timeframe. DOE and the national labs are supporting these efforts with irradiation and safety testing, along with advanced modeling and simulation to help qualify their fuels with the U.S. Nuclear Regulatory Commission.

A more recent page, from January, 2020, goes into more detail. It also suggests that safety may not have been the sole motivator for this development: “These new fuel and cladding mixtures could help improve the overall economics and performance of today’s reactors—and allow for longer response times at high temperatures in severe, beyond design basis, accident situations.

“Accident tolerant fuels are expected to last longer…and…extend the time between refueling…leading to…a reduction in fuel costs over the life of the reactor.”