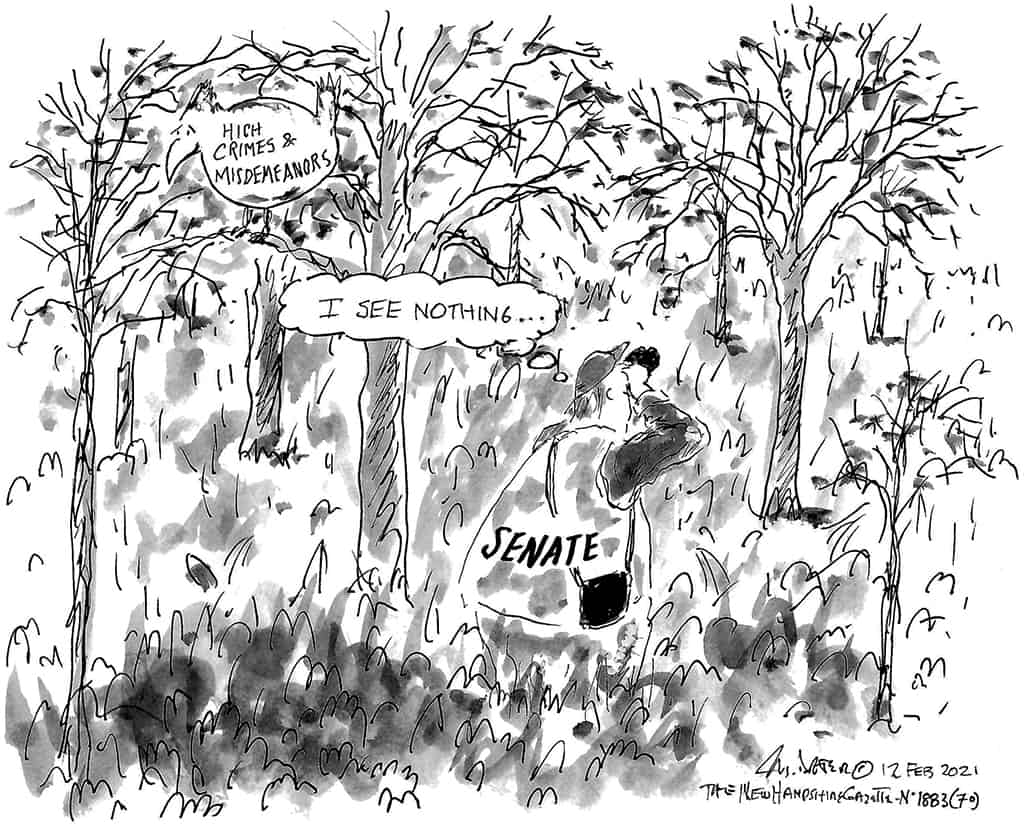 The Republican Party has come under mounting criticism lately—not that there’s anything wrong with that. In some quarters, this phenomenon is seen as overdue. However late, though, and however modest, it should be viewed as a welcome correction after decades of willful blindness.

This nation has always valued boldness, though. We would argue that the Party of Lincoln should be granted a little credit for that, if nothing else.

In this fractious time, when calls for unity are coming from every quarter—well, from many quarters—surely many Americans will agree: right or wrong, when Donald Trump called out to the mob, “bring me the head of Mike Pence,”* he was being every bit as bold as Caesar crossing the Rubicon.

There is, of course, no comparison between actually taking such an historic step, and merely condoning that behavior. No other party in living memory, though, has dared to say what Republicans are apparently about to: “The will of the people be damned, it’s power we want and we’re here to take it.”

Such naked authoritarianism is something to behold: dismaying, disturbing, worrisome…we could go on. When wielded by expert practitioners, the results can be quite impressive—just ask any former low-ranking member of our armed forces.

Discipline is the key. Unlike their frequently feckless adversaries in our time-honored if perhaps expiring duopoly, most Republicans are capable of exercising the most rigid sort of iron-clad discipline—regardless of however perverse and demeaning its demands may be.

Why should this be so? One can only speculate. We shall refrain; far be it from us to engage in lewd innuendo. If Republicans had a railroad, though, you know their trains would run on time; you just wouldn’t want to be on one.

That mania for order, though, is not always accompanied by competence. Take the former president’s team of semi-literate lawyers, for example. They managed to address a legal brief, “To: The Honorable, the Members of the Unites [sic] States Senate.”

To be fair, any lawyer might be rattled, facing that Himalaya of damning evidence. The best this crew could do, knowing that their client is guilty, was to argue on procedural grounds: “if the perp don’t sit [in the Oval Office] you must acquit.”

This argument is both fatuous and dangerous. To the latter, we shall return. First, for a little levity—we have been exercising for long enough our notorious capacity to blithely wade through sewers of bad news—let us enjoy a brief interlude in the Gilded Age.

Tragedy plus time equals comedy, they say; perhaps we can wring some relief out of the sad case of William Worth Belknap.†

The innovator, so far as we know, of the “you can’t impeach me, I quit” ploy, William W. Belknap had a distinguished career as an officer in the Union Army, which led President Grant to name him Secretary of War. Among the perks was the power to license traders on military posts; succumbing to temptation, Belknap arranged a lucrative kickback scheme.

Formerly a Democrat, now a staunch Republican, Belknap suffered the indignity of being exposed by Rep. Heister Clymer‡—who was not just any old Democrat, but a Copperhead white supremacist.

Belknap tearfully submitted his resignation to Grant, just hours before articles of impeachment passed in the Democratic House. In the Senate, the trial went forward. Belknap was clearly guilty, but Republicans exonerated him.

Let us leave now this flawed hero, mouldering beneath his grandiose and justly-earned tombstone in Arlington National Cemetery, and return to our unsettling present. Commander Bone Spur is about to receive a similarly undeserved exoneration, clearing him for another run in 2024.

If Republicans get their way, he could even win. According to a report released Monday by the Brennan Center for Justice, “this year, 33 states have introduced, prefiled, or carried over 165 bills to restrict voting access. These proposals primarily seek to: (1) limit mail voting access; (2) impose stricter voter ID requirements; (3) slash voter registration opportunities; and (4) enable more aggressive voter roll purges. These bills are an unmistakable response to the unfounded and dangerous lies about fraud that followed the 2020 election.”

Arizona is proposing 19 such restrictive bills. Pennsylvania is second, with 14. Georgia comes in third at 11. New Hampshire Republicans are proposing 10. Governor Sununu—veto-happy when Democrats rule the roost—will no doubt sign every one of them.

This is what makes the “too late to impeach” argument so dangerous: if the Senate fails to bar “Individual 1” from future office, he could end his second term with a “Purge Fortnight.” Just imagine the bulletproof presidential limo careening around D.C., his short-fingered hand sticking out the window, grasping some gaudy, gold-plated pistola. Seriously—why would he go all the way to 5th Avenue, when Pennsylvania Avenue is right there?

There is one tiny glimmer of hope in this: a potential Democratic majority in the Senate. The Oath of Office for that body is as follows: “I do solemnly swear (or affirm) that I will support and defend the Constitution of the United States against all enemies, foreign and domestic; that I will bear true faith and allegiance to the same; that I take this obligation freely, without any mental reservation or purpose of evasion; and that I will well and faithfully discharge the duties of the office on which I am about to enter: So help me God.”

After swearing that, any Senator who won’t convict is giving evidence for their own impeachment.

* Readers who find this passage distasteful may be comforted to learn that we refrained from including a reference to flies.

† Yes, we did check. No, he is not related to the distinguished historian Jeremy Belknap, after whom our Belknap County is named.

‡ Clymer’s fiscal righteousness was unforgiving. He shot himself in 1884 over “financial embarassment.”