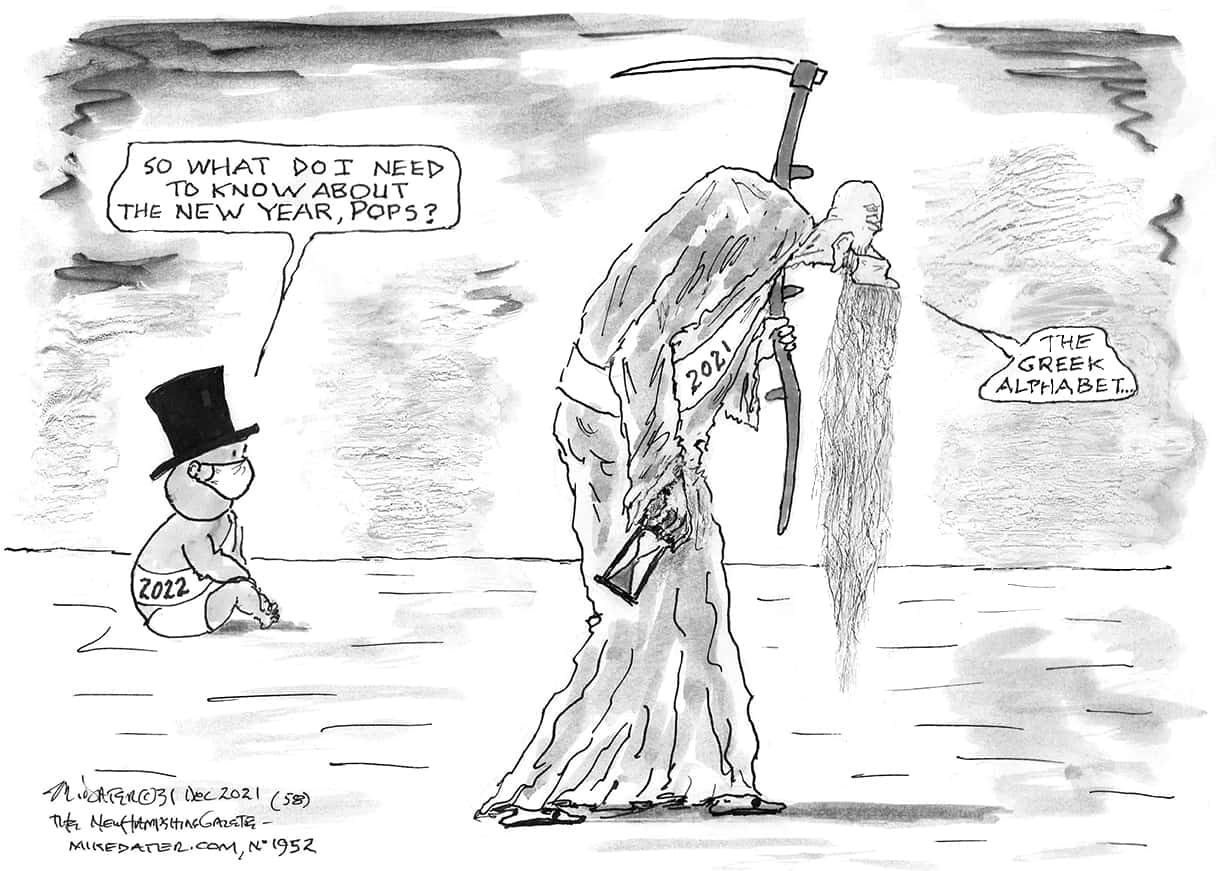 President Biden’s mandated that all businesses employing more than 100 people, and federal contractors, require either Covid-19 vaccination or weekly Covid-19 testing. Further, all healthcare facilities are mandated to require vaccination of all staff. In response, Republican Governors, including Chris Sununu, sued the administration “to protect Americans and their liberties.”

These are some of the same Governors that order mandatory evacuations of your home and business during a hurricane, order children to get vaccinated to attend schools, order women to undergo invasive medical exams for reproductive services, prohibit people from getting food and water while waiting in line to vote, pass laws making voting more difficult for minority populations, prohibit the teaching of historical facts in public schools, oppose marriage equality, and mandate many more policies that do not “protect Americans and their liberties.”

The Republican approach to protecting Americans and their liberties is very selective and solely based on their ideological biases.

Whether Republicans want to believe it or not, we are in the midst of an all out war. The enemy is not a nation state or even a terrorist organization, but a stealth virus that has invaded our homeland and has established beachheads in every state. The front lines of this war are not some place overseas, far from the civilian population, but here in every community. The force fighting this enemy is not a military power, but every one of us—and we are all the potential casualties of this war.

No war in our history has inflicted as many casualties as has the war with Covid-19, yet Republicans are more worried about “protecting Americans and their liberties,” than fighting the enemy. Sadly, it seems more like the Republicans are allied with the virus, rather than doing what is necessary to defeat it.

When America has been in all-out wars, such as WW II, the government has instituted very strict controls and limitations on people’s liberties in order to protect the nation and save American lives. During WW II, rationing of many goods, blackouts, curfews, mandatory conscription, nationalization of businesses, price controls, and many more measures placed limits on our traditional freedoms.

Unlike many Americans today, who defy voluntary vaccination and mask wearing because it “violates their liberties,” the “greatest generation” accepted the limits put on their freedoms during WW II because they realized it was for the greater good. Protection of the nation and the people during a deadly conflict was more important than their individual rights. The Governors of the time did not complain about America becoming a “nanny state,” or sue the government to “protect Americans and their liberties.” Of course not—they were patriots, and realized what would be at stake if they failed to act boldly, with courage and determination.

As a people, we have fallen far short of the “greatest generation”—a generation that understood sacrifice, enduring personal hardship, and loss of some individual rights, because they knew what was necessary to secure a better future for their children and their children’s children. They realized that personal freedom came with individual responsibility to the nation and to one another. If they were told by the President to get a vaccination and to wear a mask they would do so without hesitation, because they understood they were all part of a community and a nation, not 300 million individuals simply occupying the same land with no commitment or responsibility to one another. That is not a nation, that is a mob.

The U.S Supreme court has agreed to hold an emergency session on January 7th to decide the constitutionality of the Biden vaccine mandates.

Past Supreme Court decisions, including Jacobsen vs Massachusetts in 1905, upholding a smallpox vaccination mandate, have established an important legal precedent: government vaccination mandates for the protection of public health do not violate the Constitution.

Unfortunately this precedent, which has served public health well for over 116 years, is now in serious jeopardy. Considering the makeup of the current Supreme Court, with five extreme right wing justices, including three Trump appointees, I will be very surprised if they do not decide in favor of the plaintiffs, and overturn Jacobsen vs. Massachusetts. If they do, that ruling will have serious, and even catastrophic, short and long term consequences.

As the Covid-19 pandemic continues to grow, especially with the new, very infectious Omicron variant, the stakes are higher than at any time during this pandemic. Our ability to control future pandemics, which are certain to occur, will also be greatly weakened if the court decides in favor of the plaintiffs.

The advancement of political ideology and political self-interest can result in catastrophic consequences when they are placed over the interests of, and conflict with, public health. No society can successfully combat an enemy, either human or biological, when the “rights” of the individual are placed above the rights of the greater community.