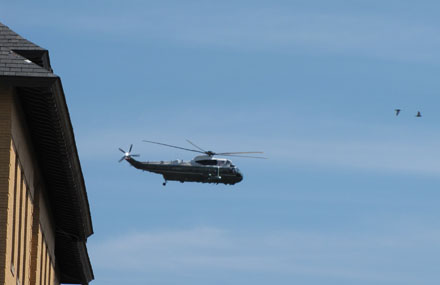 Obama, a Muslim, personally flew Marine One over Keefe House, home to 58 members of The Greatest Generation™, to intimidate the occupants and dissuade them from appearing Tuesday. Either that, or he was searching for alternative routes of egress, in case his sinister plot to euthanize the Town Hall audience goes awry.