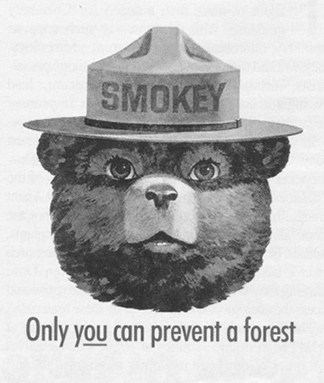 Formidable advances in technology have generated various long-term health problems for US servicemen and women. And likewise, to opposing forces and the general public who reside in the war-torn countries, including the unborn.

History provides too many examples: Ionized radiation exposure during nuclear testing in the 1950’s in Nevada and South Pacific Islands caused numerous cancer deaths among witnesses too close to ground zero. Gulf War Syndrome from Operation Desert Storm in 1991 and later wars in Iraq and Afghanistan spawned significant human-made health maladies from factors such as toxic exposure to smoke and fumes from burn pits and contamination from depleted uranium in US weaponry.

It’s typical for political influences, endless scientific investigations, and economic concerns, which are often linked, to carry on for decades. By the time accurate medical determinations are made, countless affected victims are terminally sick or have died.

As a Vietnam veteran my focus is on Agent Orange and various other “agents” sprayed on jungles, forests, cropland and waterways in Vietnam and parts of neighboring countries with disregard for long-lasting consequences. A new PBS documentary titled The People vs Agent Orange will be broadcast on June 28 at 10 PM. Since learning of this film, I have been haunted by the deaths of my many Nam Vet brothers who have died from Agent Orange-related cancer and other grievous diseases. Several deceased vets I’d known for years from nearby NH towns. It is as if these vets, years after returning from the war, were killed in Vietnam and didn’t know it!

Americans are rightfully angered and revulsed at other countries use of chemical weapons during wartime. Sadly, the widespread spraying of dioxin, one of the deadliest compounds known even in minute quantities, was a key component of Agent Orange and other infamous “Rainbow Agents”. This vegetative defoliation program was a form of chemical warfare.

Originally labeled Operation Hades, the US Air Force program’s code name soon changed to the more palatable Operation Ranch Hand. The unofficial program mascot was a parody of Smokey the Bear with the motto, “Only you can prevent a forest”. The first aerial spraying took place in early 1962 using specially rigged Air Force C-123’s and ended in 1971. Throughout the war, all branches of our military applied the herbicides, which were also sprayed by helicopters, riverboats, trucks, and individual backpacks.

US bases, such as the stateside Eglin Air Force Base, served as early test sites. Infantry outfits training on the base and spray handlers were exposed to dioxin poisoning. Storage areas also became contaminated.

No protective gear was issued or worn when spraying. Neither villagers nor American and Vietnamese military personnel were told of the dangers of the herbicide spraying. In fact, they were told that the materials were safe! Men, women, and children in contaminated areas drank the poison, ate it, inhaled it, and wore it. Military applications of the herbicides were at rates much stronger than recommended by manufacturers. During spraying operations little concern was given to mist drift from windy conditions, so unintended areas were also poisoned.

In the rivers of Vietnam, brown-water military personnel became subject to dioxin contamination and its associated misery. The VA now recognizes specific blue water navy locations where personnel were exposed by the Agent Orange spray program.

Principal suppliers of these agents were Dow Chemical and Monsanto, but there were others. Chemical company boardroom discussions, secret pentagon reports and political warmongers were aware of the calamitous peril caused by the Rainbow Agents. In 1988, Dr. James Clary, an Air Force researcher associated with Operation Ranch Hand, wrote to Senator Tom Daschle, “When we initiated the herbicide program in the 1960s, we were aware of the potential for damage due to dioxin contamination in the herbicide. However, because the material was to be used on the enemy, none of us were overly concerned. We never considered a scenario in which our own personnel would become contaminated with the herbicide.” More recently declassified documents indicate that health consequences received little or no regard.

Generally referred to as Agent Orange, the “rainbow” included Agents Pink, Purple, Green, White, and Blue. Striped colors painted on barrels of the stuff identified the contents. Approximately 20 million gallons of these poisonous concoctions were sprayed, of which more than half was Agent Orange. All except Agent Blue were sprayed to kill vegetation on the Ho Chi Minh Trail, along rivers and across much of the countryside. Agent Blue contained high levels of perilous inorganic arsenic used to attack the country’s food supply killing life sustaining crops.

The tragic legacy of these monstrous chemicals continues to this day, horribly affecting a multitude of US veterans and their kids and thousands of Southeast Asian families. Prolonged studies have proven that miscarriages, spina bifida and other truly horrific physical offspring deformities have a direct correlation to dioxin exposure. Diseases from Agent Orange poisoning have been proven to sometimes skip a generation, striking grandchildren of war survivors.

The Veterans Administration has long maintained a registry of military vets who served in defoliated areas based on service records. Since at least the mid-80’s, I’ve periodically received the VA’s Agent Orange newsletter providing relative updates.

I feel that it is of utmost importance that tragedies such as the use of Agent Orange be featured in history textbooks and discussed in high schools, colleges, and other public forums so that such offenses can be prevented in the future. The PBS documentary, The People vs Agent Orange offers one way to understand a dark side of US history rather than it being swept under the rug as could happen if legislation such as HB 544 becomes NH law.

6 thoughts on ““The People vs Agent Orange,” the PBS Documentary”