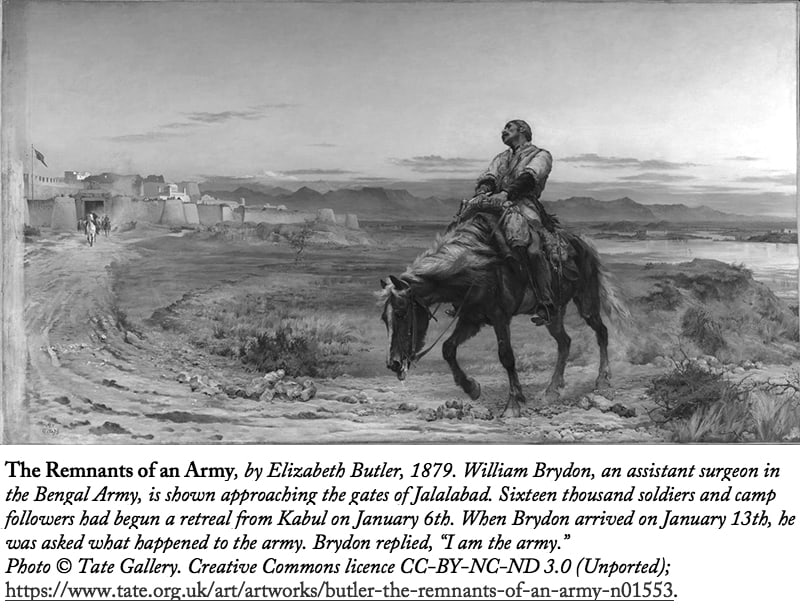 I’ve never taken any pride in my service to my country in Vietnam back in the 1960s. When people thank me for my service, I think about what I did in Vietnam and want to tell them to go see a priest.

But I’ve always taken a perverse delight in having participated in this country’s longest and stupidest war. Kind of like being a pre-2004 Boston Red Sox fan or a post-Jim Brown Cleveland Browns fan.

Sadly, even that small pleasure was taken from me when the U.S. war in Afghanistan finally eclipsed the longevity and stupidity of the American War in Vietnam a few years back.

The Vietnamese were tough as nails, and didn’t like foreigners, having handed the Chinese and the Mongols their asses on multiple occasions, not to mention the Siamese, the French, and the Americans.

But Afghanistan isn’t called “the Graveyard of Empires” for nothing. Ask those pesky Mongols. Or the British. Or the Russians. And now you can ask the Americans, too, because after twenty years we’re finally throwing in the towel. Bailing out. Or coming to our senses.

Though of course with the usual diplomatic mumbo-jumbo: we’re not quitting, we haven’t lost, we’ll still support the Afghan government. Reminds me of Otto in A Fish Called Wanda: “We did not lose Vietnam! It was a tie!”

So what have we accomplished after two decades? According to the Associated Press and the Watson Institute for International & Public Affairs at Brown University, as of April 30th, we’ve caused between 66,000 and 69,000 civilian deaths in Afghanistan along with 47,245 dead Afghani military personnel. American casualties have been 2,442 killed in action with 20,666 wounded in action.

Over 3,800 American “private security contractors” have also been killed, but quite frankly, I don’t feel too badly about that lot, who are actually mercenaries trained with our tax dollars in the Green Berets, Navy SEALS, Delta Forces, and other elite branches before jumping ship for higher pay and fewer restrictions on the exercise of violence.

Another $88,000,000,000 to train the Afghan army and police (who are, even as I type this, throwing down their weapons and turning tail in the face of a Taliban offensive).

Another $36,000,000,000 for reconstruction, infrastructure, and education (though roads, bridges, dams, and canals remain in notorious disrepair while new hospitals and schools stand empty).

And another $9,000,000,000 for reduction of heroin production (though opium exports are at an all-time high while 47 percent of Afghanis live in poverty).

Meanwhile, we taxpayers have shelled out $530,000,000,000 in interest payments to service our war debt, while ongoing costs of caring for our war veterans has claimed another $296,000,000,000, and both of these costs won’t be going away any time soon; they’ll just keep growing.

All those zeroes could be replaced with the word “billion” (except for the first figure, which would be “2.26 trillion”), but I use the zeroes because it’s worth seeing them. That’s a lot of zeroes. Through two Republican administrations and now into the second Democratic administration (though in all fairness, Uncle Joe seems finally to realize what’s been obvious almost from the start: Ain’t nobody gonna whup Afghanistan into shape).

Doesn’t matter anyway because he and all his pals are syphoning off all that U.S. aid money and stuffing it into Swiss bank accounts, and there’s nothing you or I can do about it. (How do you think Nguyen Van Thieu managed to buy a palatial estate in England after he beat it out of Saigon back in 1975 and lived out the rest of his life in elegant seclusion?)

I’m glad the U.S. is finally withdrawing from the Graveyard of Empires, but I can’t shake off the conviction that I myself am living in an Empire’s Graveyard.

* This in a country where Kevin McCarthy and Mitch McConnell say we can’t afford to provide free child care or college education or rural and inner-city internet.

W. D. Ehrhart served in the U.S. Marine Corps and is author of Thank You for Your Service: Collected Poems.

2 thoughts on “Afghanistan: The Graveyard of Empires”