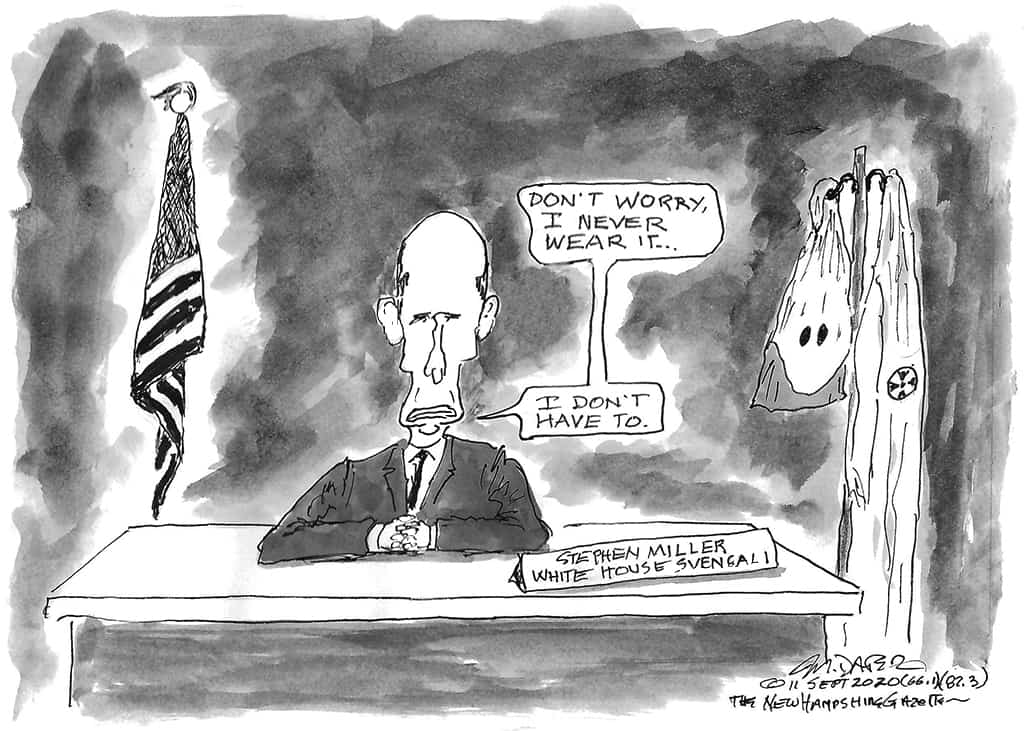 Fear is a very powerful emotion, one that causes otherwise rational people to make irrational decisions. No one knows this better than Donald Trump and the Republican Party. They have used fear for decades to get voters to support them. The Lee Atwater/Willie Horton ads against Michael Dukakis, in the George H.W. Bush Presidential campaign in 1988, were very effective in getting people to vote for Mr. Bush.

As FDR stated in the 1930s, “the only thing we have to fear, is fear itself.” Donald Trump has been the major cause of the fear that currently grips the nation. Allowing him to benefit from the chaos and fear he has created is not the solution, but a guarantee of even more chaos, fear, and worse.

It’s no wonder his strategy—such as it is—is entirely fear-based. Somewhere inside that bloated, self-aggrandized exterior is Fred Trump’s abused and terrified child. We’d pity him, if he weren’t an existential threat to life on earth. As it is, we just say, “Lock him up.”