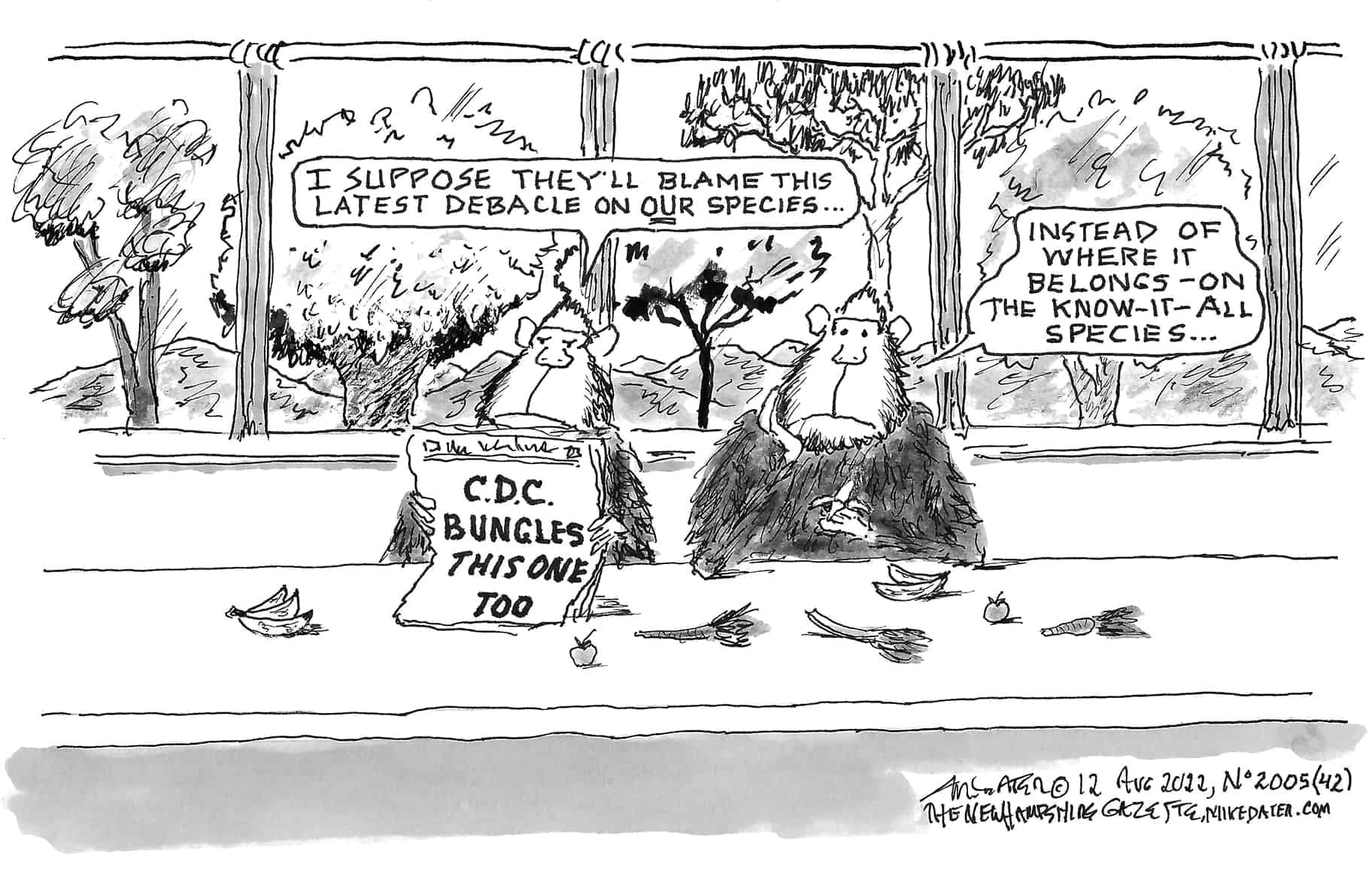 According to the Admiral, there’s a reason competent captains insist on always keeping their vessels ship-shape.

It’s not some petit bourgeois urge to impress passengers. Nor is it necessarily the reflection of an inner authoritarian need to control the crew’s every waking moment.

It’s just a fundamental safety principle, put into practice. Because sooner or later, no matter where you are or what you’re doing, something is inevitably going to go wrong.

If your systems are all in order, then you fix the problem and move on. If one system is jury-rigged when another goes haywire, you will soon be fully occupied just trying to stay afloat. Let three things go wrong—bilge pump, power, and steering, let’s say—and your survival will be more a matter of chance than any supposed skill.

Having no credentials whatsoever ourselves, we can’t say this theory applies to public health today. For the sake of argument, though, let’s pretend it does.

We are now about thirty months into this coronavirus pandemic, and nearly 500 Americans are dying every day. The death toll as of Tuesday stands at 1,036,549. To fail on this scale takes a considerable degree of incompetence.

The incoming Trump administration inherited from its predecessor a “pandemic playbook” created in 2016, along with a 400-person Obama-era Directorate of Global Health Security and Biodefense.

John Bolton dismantled the Directorate in 2018. As for the playbook, then-Senate Majority Leader Mitch McConnell simply lied about it in 2020, saying, “clearly, the Obama administration did not leave any kind of game plan for something like this.”

It took more than that, though, to wreak the havoc we have suffered. It took House Speaker Newt Gingrich introducing blood-sport politics, Ronald Reagan deep-sixing the FCC’s Fairness Doctrine, and Roger Ailes’s creation of Fox News to adequately prepare the ground.

With those elements in place, the novel coronavirus became a cudgel in our atavistic culture war. An unmasked face is the new red MAGA hat. No red-blooded American would willingly give up his Constitutional right to spew virus-laden droplets while chanting, “Let’s go, Brandon!”

The Biden administration, in response to this challenge, appears to be following a long-forgotten playbook prepared by Civil War General George B. McClellan.

With much of the public acquiescing to this unacceptable state of affairs, along comes another new virus, threatening to make monkeys of us all.

Elizabeth Jacobs, a PhD epidemiologist who goes by @TheAngryEpi on Twitter, and is followed by a number of folks we believe to be sane, wrote on August 6th, “We are potentially in the midst of three concurrent outbreaks in the US: SARS-CoV-2, monkeypox, and polio. Yet instead or funding and promoting public health, the electeds are running around putting bandaids on things and ignoring fundamental protections like masking.

“Masking protections would help with all three of these outbreaks. But because science has now been dispensed with in favor of politics, electeds cannot bring themselves to say out loud what we know to be true: mask mandates are necessary right now.”

Someone going by @jimmytcannon replied, “I regret to inform you that might have to be increased to four,” linking to an August 6th tweet from @CDCFlu: “CDC has confirmed the 1st human infection of 2022 w/ a flu virus that usually spreads in pigs. The person infected had direct contact w/ pigs at an agricultural fair. Public health risk from these types of infections is low, but CDC recommends precautions….”

The CDC imposed a mask mandate—later rescinded—shortly after the Biden administration took office. According to a Reuters story posted on Monday, “a group of 23 state attorneys general led by Florida” wants to make sure the CDC never tries that stunt again.

The AGs claim the CDC “lacks the legal authority to impose a nationwide transportation mask mandate to address COVID-19.” Seventeen Republican lawmakers filed a brief in support of the move. It’s like a perverse reading of Caesar’s justification for divorcing Pompeia. Not only must Republicans be willing to let people catch covid, they must take steps to make it more probable that they will.

Two hundred years after Caesar’s murder, Rome was at its peak. Then came a terrible wave of smallpox, now known as the Antonine plague. Edward Watts wrote about it for The Smithsonian in April, 2020:

“The Antonine Plague was far deadlier than Covid-19, and the society it hit was far less capable of saving the sick than we are now. But Rome survived. Its communities rebuilt. And the survivors even came to look back on the time of plague with an odd nostalgia for what it showed about the strength of their society and its government. May we be so lucky.”

Aww, isn’t that sweet? In 2020, Watts still had hope. Utter disregard for the lives of citizens is now the norm. It’s the culmination of a campaign of reactionary revenge. Half a century ago, workers had, through collective action, wrung from their bosses a comfortable-enough slice of the fruits-of-their-labor pie—white workers in those states which had not adopted Right to Work [For Less] laws, anyway.

This caused pro-business Republicans to panic. The core of their philosophy seemed to be this: no transfer of money could be considered legitimate unless someone who had money to spare was making a pretty profit.

Now we’re being told that anyone who’s not independently wealthy should have to work a couple of jobs or be thrown into the street by the owners of the hedge fund that owns the trailer park they live in.

The policies these geniuses impose will inevitably reduce the number of available workers. That doesn’t matter to them, though. While they buy and gut companies they’re making a profit.

Why shouldn’t they do the same with the workers?